GWAR has responded to President Trump’s recent COVID-19 “cure,” suggesting that disinfectants could be “injected” to treat the virus. While this was supposedly a sarcastic question to see what reporters and journalists would do afterward, there has been an increase in calls to poison controls. Continuing to take no responsibility, GWAR drummer JiZMak Da Gusha has decided to take this disturbing matter into his own hands by making a PSA, stating:

“Hey, everybody, it’s Jizmak of GWAR coming at you with another PSA for the COVID-19. It was really great to hear our president in America say that it was okay to, you know, use bleach as a cleaner or as a drug. I mean, GWAR’s been using it as a drug forever, so this is the stuff. You can inhale it. That’s a fun way. You can try to smoke it, shoot it… Obviously, drink it is the best. That’s what I like to do — you just get the big old bottle and just chug away… So if you wanna stay safe from COVID-19, drink bleach, shoot it, smoke it. Like I said before, GWAR does it all the ways. All right, people. Be safe, but stay sick.”

GWAR’s Blothar gave a response as well to the recent protests via Metal Insider’s new column Metal Inside(r) Home Quarantine, stating, “what do you have to lose?”

In more GWAR news, there will be a few livestreams happening today (30th) including Blothar on Gramercy Theatre’s Instagram at 3PM EST and tonight at 9PM EST, Blothar will be available via Facebook Live: 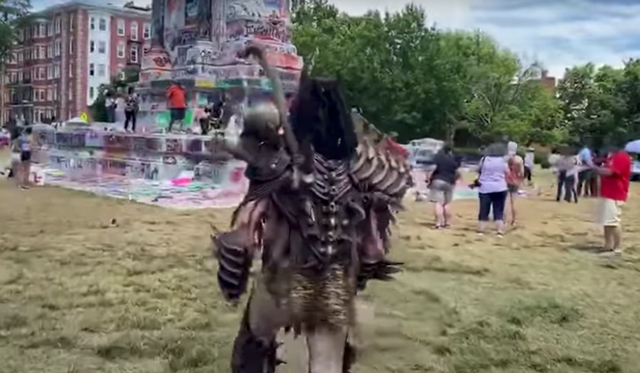