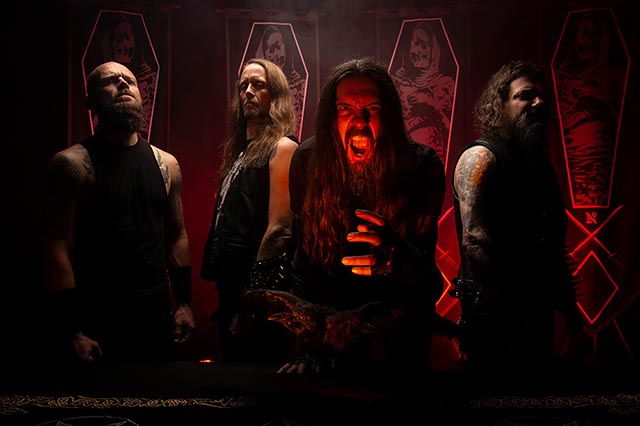 Blackened death thrashers Goatwhore have dropped a David Brodsky-directed video for the song, “Angels Hung From The Arches Of Heaven.” The single is the title track from their new album, which was released last Friday (7th) via Metal Blade Records.

“The basic laws and rules guided by simple aspects of good and evil and the emotional/mental journey in which people would have to traverse them. Life is simple, but very complex when coming to the relationships of numerous people together and their paths crossing. The idea was spawned from delving into my own idea behind the relationship of Judas and Jesus, reading various writings on the topic, from the basic ones we all have heard to the forbidden concepts like the Gospels Of Judas. It’s also about the idea of doing something you may think is positive or beneficial, but it only ends up putting you in a more negative foundation, and this abstraction can send a person into a very dark place. Life around you begins to crumble and the thoughts become more askew. The title is more of a metaphor embracing this idea.”