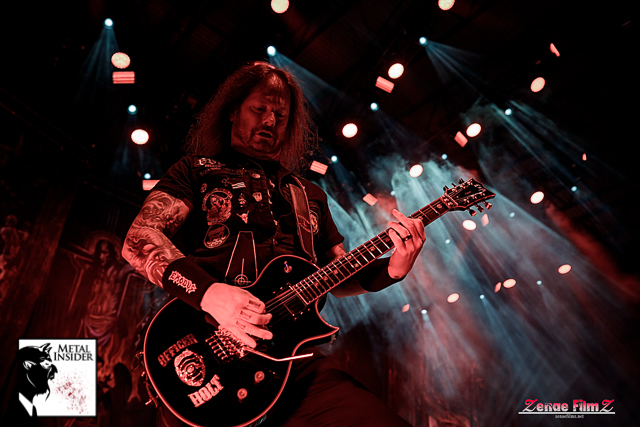 Slayer had their final tour in 2019 as Exodus guitarist Gary Holt spent nearly nine years touring with the group. Luckily, this historic trek took place in 2019 and not 2020 where bands such as KISS are waiting for their final tour and Motley Crue are waiting for their return. While concerts remain uncertain, Holt was asked the ultimate question if there will be a Slayer reunion. During this weekend’s Headbangers Con, the guitarist was asked by Rocking With Jam Man if Slayer would consider returning for a special show or tour.

“That’s a question I couldn’t answer you, whether Slayer would ever get back together. Those are questions that are above my pay scale, I guess you’d say. Look, if the powers that be ever — like, in a year or something — said, ‘Hey, you know what? We feel like playing some shows,’ I’m there to do it. But those aren’t decisions for me to make, or even me to really speculate on. As far as my knowledge, the band is over, and the final show was November 30th, 2019. And I’m full speed ahead with Exodus now.”

Early last year, there were rumors about a Slayer reunion show. The group revealed there was no reunion concert and the ticket resale site on an upcoming event was fake.