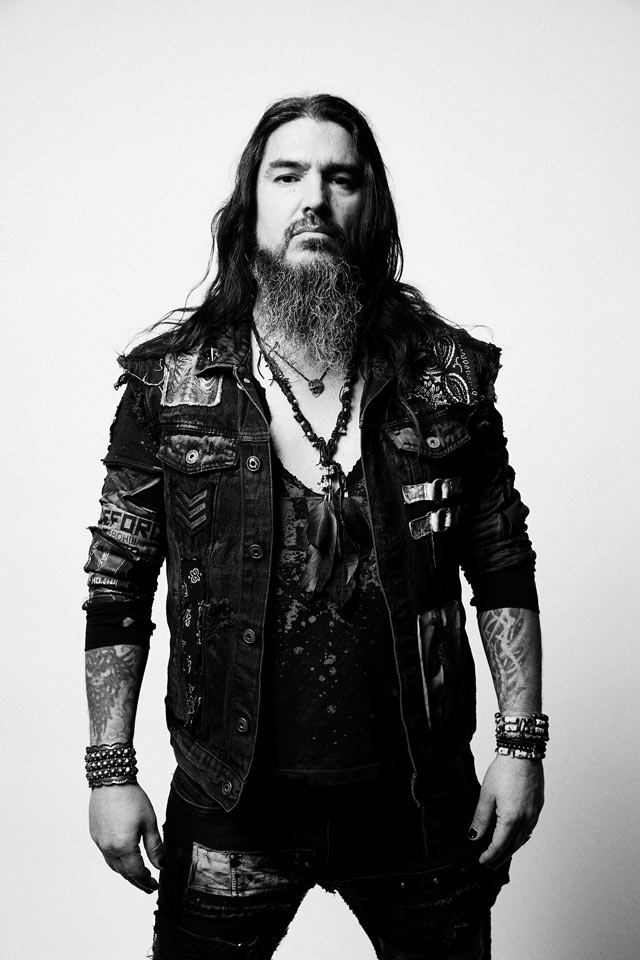 You may have seen countless self-reflection and accomplishment posts on New Year’s Eve via Social Media. No matter which platform you logged on to, there was always something to read from just about anyone on their success, regrets, and more. And then you have Machine Head’s Robb Flynn. The guitarist/vocalist let everything out in the open on looking back at 2019 as well as moving forward. During Flynn’s ramble, he revealed he’s written seven brand new Machine Head tracks and has recorded a solo album of covers under the name Robb Flynn & Friends.

“THE GENERAL JOURNALS: DIARY OF A FRONTMAN… AND OTHER RAMBLINGS

You probably had a better year than you remember…

While there may have been some hiccups, it was probably an awesome end to the decade.

I could be wrong, but I’d love for you to tell me the good things that happened to you this year.

As we end the year, my feed often fills up with a handful of friends talking about how they are “so ready for this year to be over”, and how “they can’t wait for next year to start”.

I’m guilty, I’ve done it myself.

The other day at the gym, my trainers Coach Jenn and Coach Ted brought up something that made me rethink that… To go through the accomplishments that you made this year and really think about, and be grateful for, the things you accomplished, and in an even bigger sense, this decade.

Think about it, you’ve accomplished SOMETHING this year. You got a great new job, had a kid, met a girl/boy, moved into a new place. It might be something minor, or even a few things major, but you’re likely in a better place because of it.

In my experience, life is rarely about the major things, life is about the little accomplishments.

A string of little things, and maybe made 1 or 2 big things that opened new doors to somewhere.

And in our social media dominated society where we only show “the good side of life”, or “our best selfie”, or “our funnest moment” and almost never show the bad or disheartening things, I think it’s important to be honest about the tough times.

I’ll be straight with you.

There was some tough times this year.

Frustrating bang-your-head-against-the-wall-kinda-tough-times. Crying-while-on-a-dog-walk-type of tough times. Wondering how were gonna get from Point A to Point B tough times. Having to let go of a lot of things I’d never need to let go of tough times. Heartbreaking moments of disappointment where I had to accept that some situations were never gonna be good, and the only choice was to move on with my life, or drown in someone else’s.

But it wasn’t all bad.

There many many things that were downright amazing, including a long overdue vacation to the Bahamas based islands Turks & Caicos with my family.

Here are my 2019 little accomplishments:

– Got sober for 3 months

– Started seriously training at gym and transformed my body and mind

– Was a good husband

– Was a good father

– Was a good boss

– Meditated and affirmation-ed a lot

– Maintained composure / restraint I had under some very difficult public situations

– Reconnected with old band-mates that was long overdue

– Let go of some resent

– Did a wildly successful tour of Europe celebrating our debut album

– Became owner of a recording studio

I’ll save my reflections of the decade for another time, but you did something different and no less awesome in your life this last year, so tell me what it is.

What were your 2019 small and big accomplishments?”