Dee Snider has announced his new album, Leave a Scar, will be released on July 30th via Napalm Records. Snider has once again teamed up with Jamey Jasta to produce the record with mixing and mastering by drummer Nick Bellmore. To celebrate the album announcement, Snider has unveiled a video the first single “I Gotta Rock (Again).

Snider comments on the song:

“‘I Gotta Rock (Again)’ is the starting gun for this album and the driving motivation behind me returning to the studio to record Leave a Scar. At the end of 2019, I had felt my recording and live performing was over, but I didn’t announce it to the world. I mentally had decided I was done. But the state of things in 2020 had other plans for me. Between Covid and the political state around the globe, I found myself yearning (yes, I yearn) to get back in the studio. In the immortal words of Ice Cube, “I got somethin’ to say!”

He adds on the album:

“By the end of 2020, I knew I not only had to get back into the studio, but for the first time since the ’90s, I wanted – no, needed – to be a part of the writing process. I reached out to my producer Jamey Jasta and told him I was ready to make another record. Leave a Scar is filled with messages to and for the silent voices in the world who need someone to speak out on their behalf. This is my purpose.”

“Getting to work with Dee again has been incredible! The power and range in his vocals on this album really shine. Not only is he an American treasure and staple in the rock/metal community, he’s a truly original voice and talent like no other. Combine that with the metallic prowess of the Bellmore bros + Russell Pzütto and Nick Petrino, you get a rockin’ metal recipe that even the most “Dee-hard” SMF’ers will surely love!”

07) Crying For Your Life 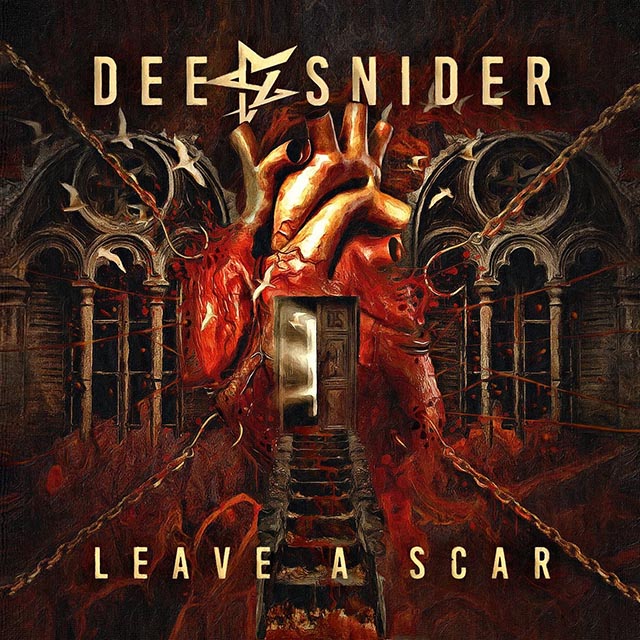