The Convalescence have announced a summer tour with Filth, Casket Robbery, and Blood of Angels. Check out the dates in the flyer below: 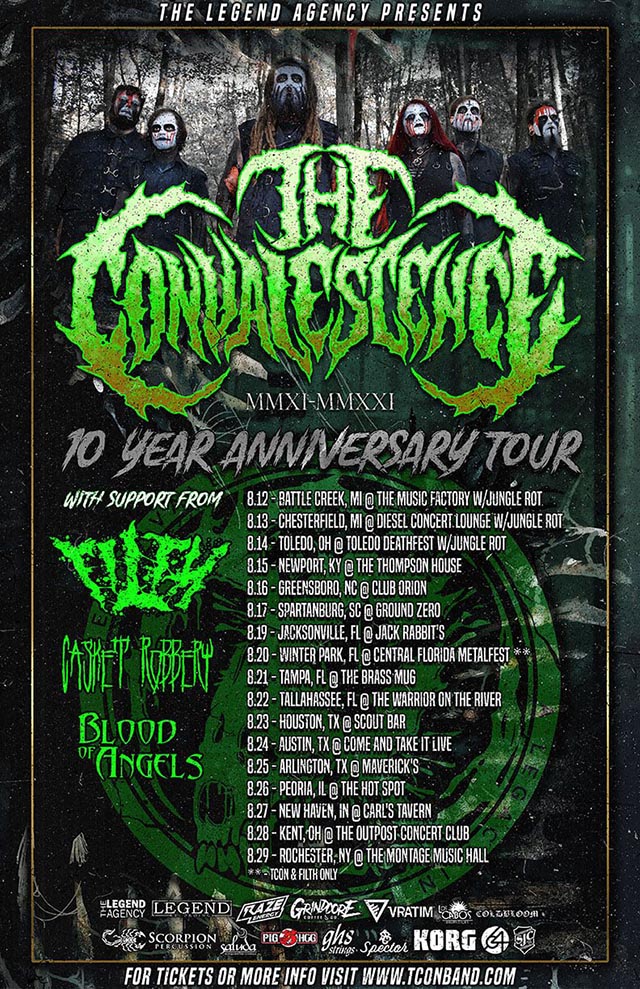 Staind have announced their first album in nine years, Live: It’s Been Awhile, out May 7th via Yap’em/Alchemy Recordings. To celebrate the upcoming live record, the group announced The Return of Staind, a two part global-streaming series in partnership with Danny Wimmer Presents. The first part of Staind’s Live: It’s Been Awhile series will take place on May 1st, which will show the band’s comeback show at Foxwoods Resort Casino in October 2019. The second event is scheduled for May 8th where the group will perform 2001’s Break the Cycle in its entirety. The recording will take place at Mill 1 in Open Square in Holyoke, MA. Streaming will take place at this location. 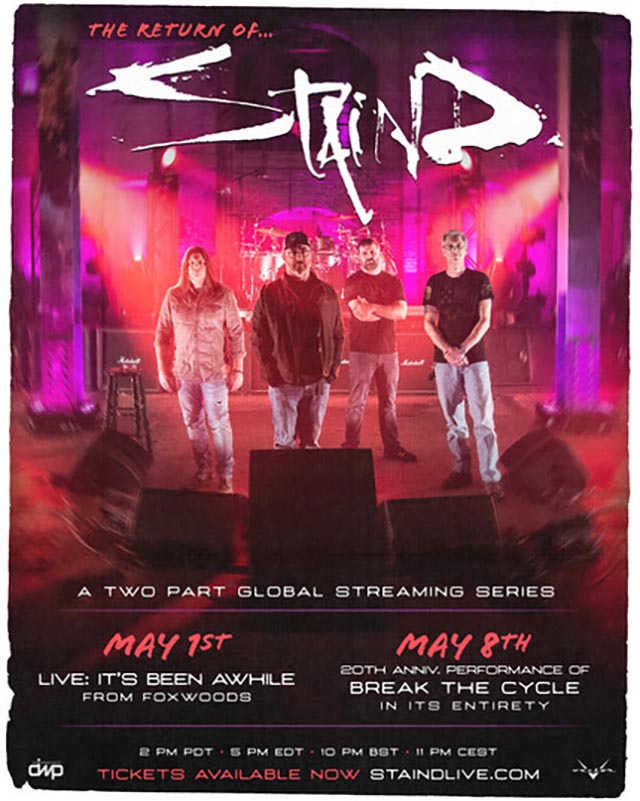 The full lineup for this year’s Rock Fest have been revealed. The event is currently scheduled to take place on July 15th-17th in Cadott, WI. Rob Zombie has taken Disturbed’s headlining slot and Danzig has been added to the bill. Tickets are available at this location. 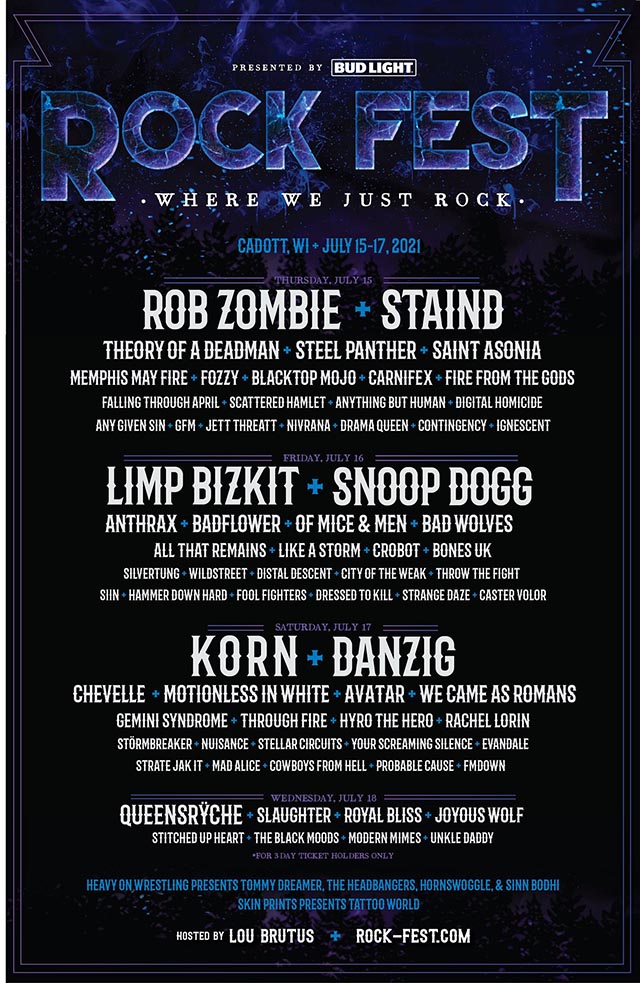 Foo Fighters, Deftones, and Primus are scheduled to perform at this year’s Bonnaroo Music & Arts Festival. The event is currently scheduled for September 2-5th on the Bonnaroo Farm. Tickets are available at this location. 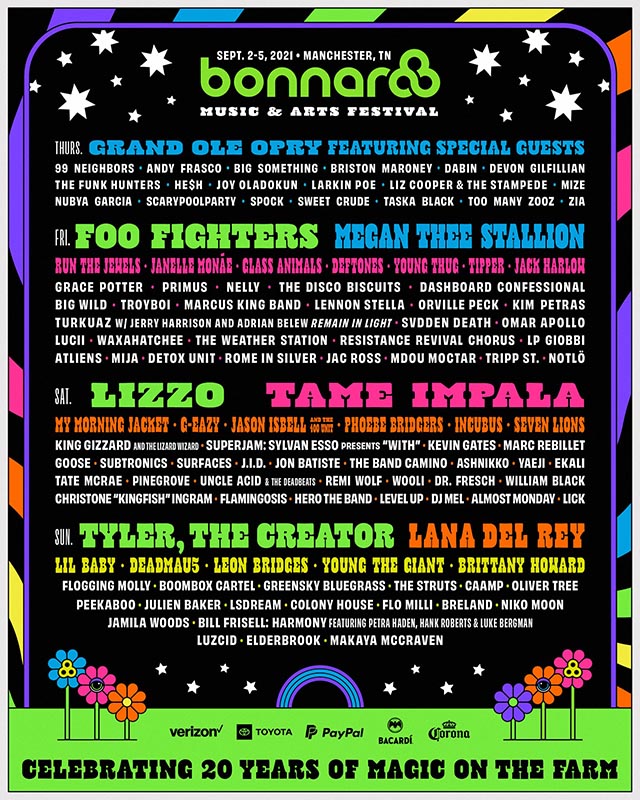 Between the Buried and Me announce rescheduled ‘An Evening With’ US tour dates:

Between the Buried and Me have announced the rescheduled tour dates for their special An Evening With tour celebrating 21 years as a band. The trek is scheduled to kick off on August 3rd and will run through September 17th. 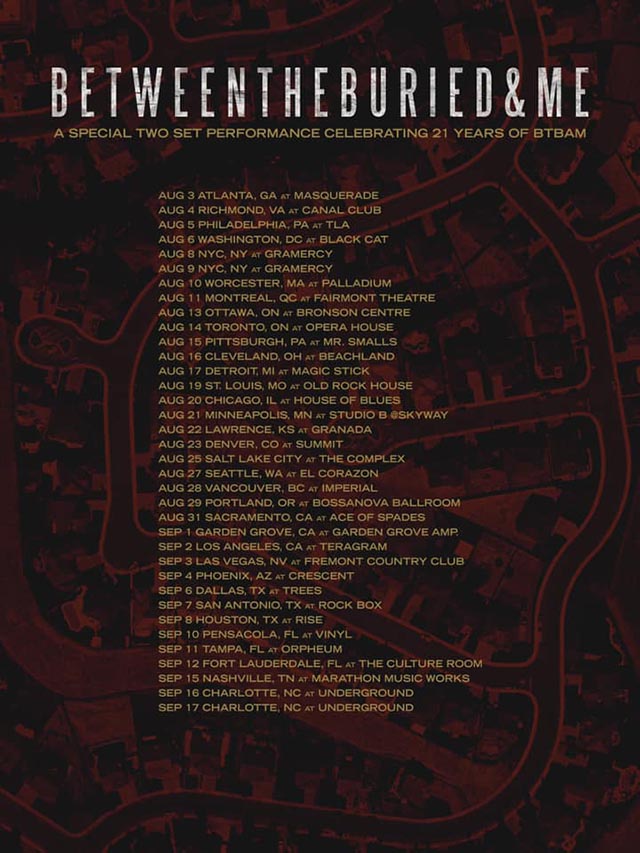