KoRn are gearing up for their new album, Requiem, which is scheduled to arrive this Friday (4th) via their new label, Loma Vista Recordings. The band has announced a special intimate event for tomorrow (3rd) at the Hollywood United Methodist Church in Los Angeles, CA, to celebrate the album’s arrival. Requiem Mass will see these numetal legends perform in front of a crowd of 300 attendees, which will also be available via Livestream on the band’s YouTube channel and re-air on Sunday, February 6th at 10:00 AM PT. Attendees are encouraged to bring an item of remembrance to honor a loved one who has passed. 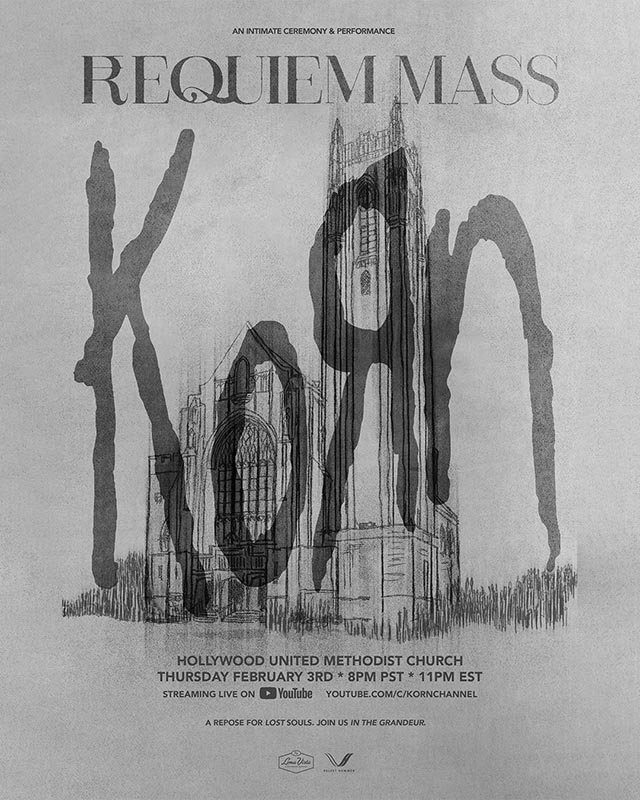