System of a Down drummer John Dolmayan might not have been making much sense on Twitter, but it looks like he was actually counting down towards something. April 24, 2015 will mark the 100 year anniversary of the Armenian Genocide. GIven that the band’s heritage is Armenian and they’ve spoken about it at length in the past, the band are playing a seven-date arena tour, the Wake Up the Souls tour, to lead up to the anniversary. The last date, on April 23rd, will be a free show that takes place in Armenia, the band’s first-ever show in their homeland.

In a long note on their website, they state that the Massacre, the first genocide of the 20th century, helped lead to more widespread genocide. The aim of the tour is to have the government of Turkey recognize the massacre they carried out and give reparations to Armenia. The full statement is below, as is a video that the band released earlier today. It’s really just good to see the band in a room together, despite the solemn nature of why they’re touring.

The first genocide of the 20th century was perpetrated by the Ottoman Turks against the empire’s Armenian, Greek and Assyrian populations. The failure to prevent the atrocities or punish the perpetrators led to the modern cycle of genocide.

In the aftermath of this WWI Era mass murder, there were no Nuremberg-type trials, no international courts to exact justice from the perpetrators or to offer reparations or rights of return to its victims. In the place of justice, Turkey bartered its oil rights and leveraged its geopolitical capital to block Woodrow Wilson’s planned territorial restoration and reparations for Armenia.

The Turkish state, having escaped responsibility for its attempted annihilation of an entire nation, continues to harvest the rich fruits of its crime. Its leaders today, emboldened by the world’s inaction, try to enforce a gag-rule prohibiting the U.S. and other governments from speaking honestly about this atrocity.

Horrific stories of the first modern genocide filled the front pages of the NY Times starting in 1915.  The U.S. humanitarian response to this crime, from the American Red Cross to Near East Relief, marked America’s emergence as an international humanitarian power.  Yet, sadly, it was the world’s failure to punish the perpetrators of this genocide that set the dangerous precedent of a genocide committed with impunity that has so emboldened tyrants – from Hitler to al-Bashir – to use mass murder as a tool of policy and power.

The German army, allied with Ottoman Turkey, seeing Turkey evade accountability, drew a terrible lesson from this atrocity about the willingness of the world to turn a blind eye to the planned extermination of a whole race under the guise of war.  One young German soldier named Adolf Hitler of the Great War later remarked “WHO NOW REMEMBERS THE ARMENIANS?” as he orchestrated what is now known as the Holocaust.

Our answer is WE DO!

We will not allow the crime of despots coupled with the greed of world powers and their interests in resource acquisition to pen our history.

Despite the UN Genocide Convention and numerous ad-hoc international bodies, including the U.S. Atrocities Prevention Board, this worst of man-made diseases continues to spread because the world’s response to genocide is viewed as a political choice, not a moral necessity.

By demanding a truthful and just resolution of the Armenian Genocide we are saying Never Again to all genocides.  Never again will we stand by while people are murdered for belonging to a select race, ethnic, or religious group as they were in Turkey, Nazi Europe, Cambodia, East Timor, Rwanda, or Darfur.

There are already brave souls within Turkey, who – at risk of prosecution, persecution, and even violence – are openly calling for recognition and reparations for the Armenian Genocide.  Many other Turkish citizens share these humanitarian values, but have not yet spoken out – intimidated by a government that has, for too long, obstructed the peace that only truth and justice can bring. It’s time to break this silence.

As we mark this solemn centennial, please join us and the good people of conscience in Turkey to take a stand for truth and justice, and ask their President and Parliament to accept the Republic of Turkey’s moral and material responsibility for the Armenian Genocide.

With your help, such a historic step taken by the people of Turkey in the spirit of human solidarity, heartfelt compassion and justice will not only heal the wounds of one genocide, but will more broadly represent a truly transformative step toward a new age – an era without genocide.

Tags: John Dolmayan, System of a Down 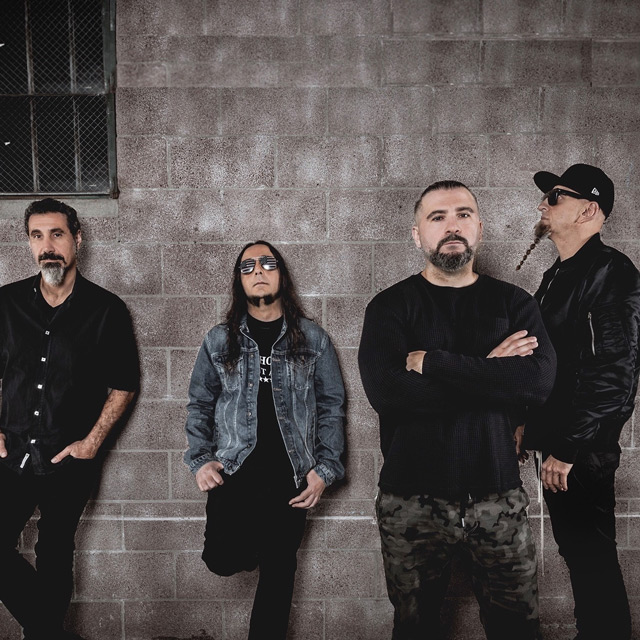