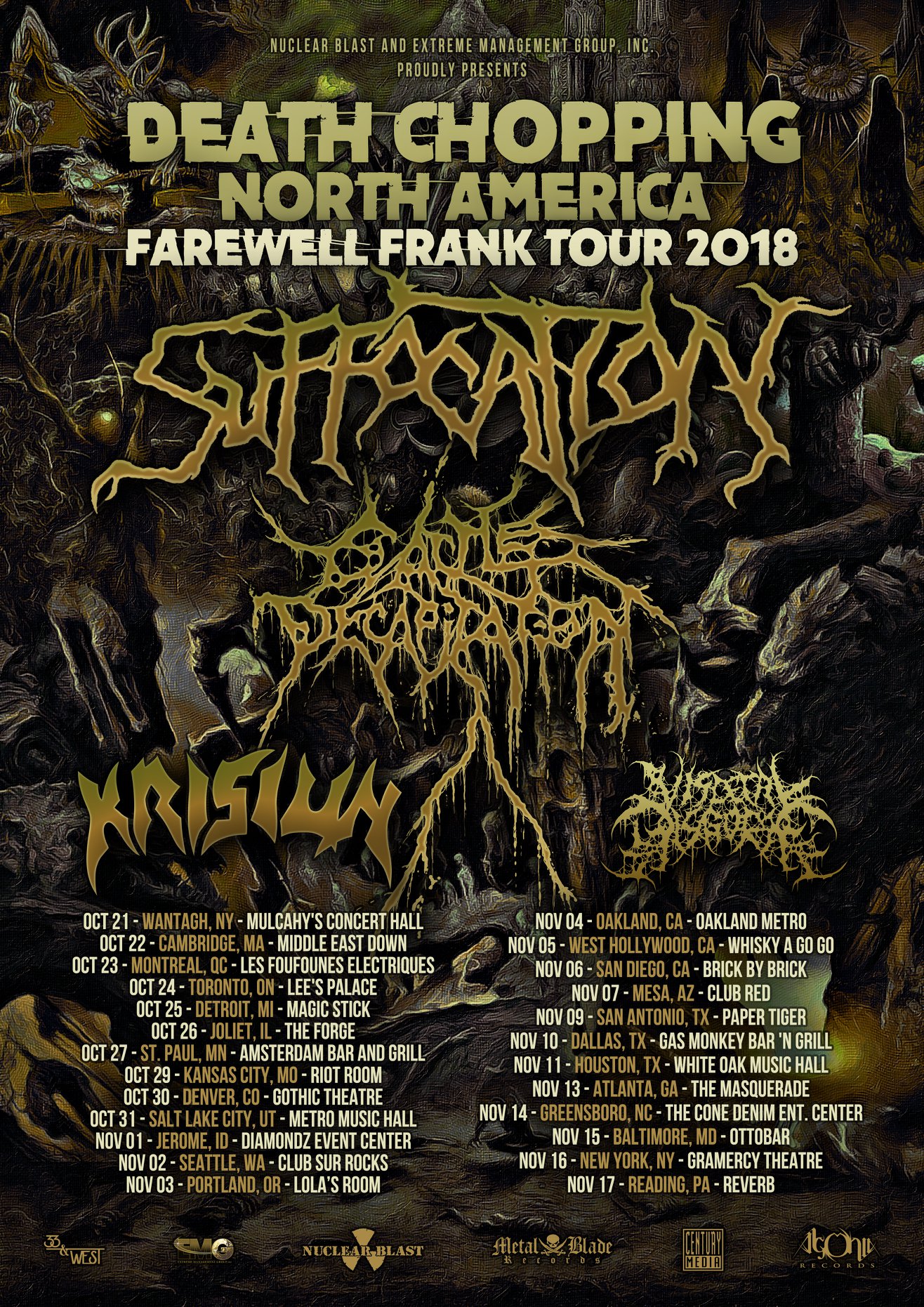 Sweden’s tech death metallers Soreption have been forced to drop off the tour with Suffocation, Cattle Decapitation and Krisiun due to visa issues. Maryland’s Visceral Disgorge have been added to the lineup. The trek is the final North American tour with original Suffocation vocalist Frank Mullen, which is scheduled to kickoff on October 21st in Wantagh, NY.

“To our fans in North America, unfortunately the visa issues that forced us to depart Summer Slaughter early have still not resolved themselves and we are forced to step down from the upcoming Suffocation Death Chopping Tour. We were excited to join our good friends on this tour as well as get our new music out to our fans so this is a disappointment for us. We ask our fans to support the tour and the other artists on tour including Visceral Disgorge who will be taking our place in the lineup. This tour is sure to kill and should not be missed! Don’t worry, as soon as this is cleared up we’ll be getting out to you to celebrate the release!” 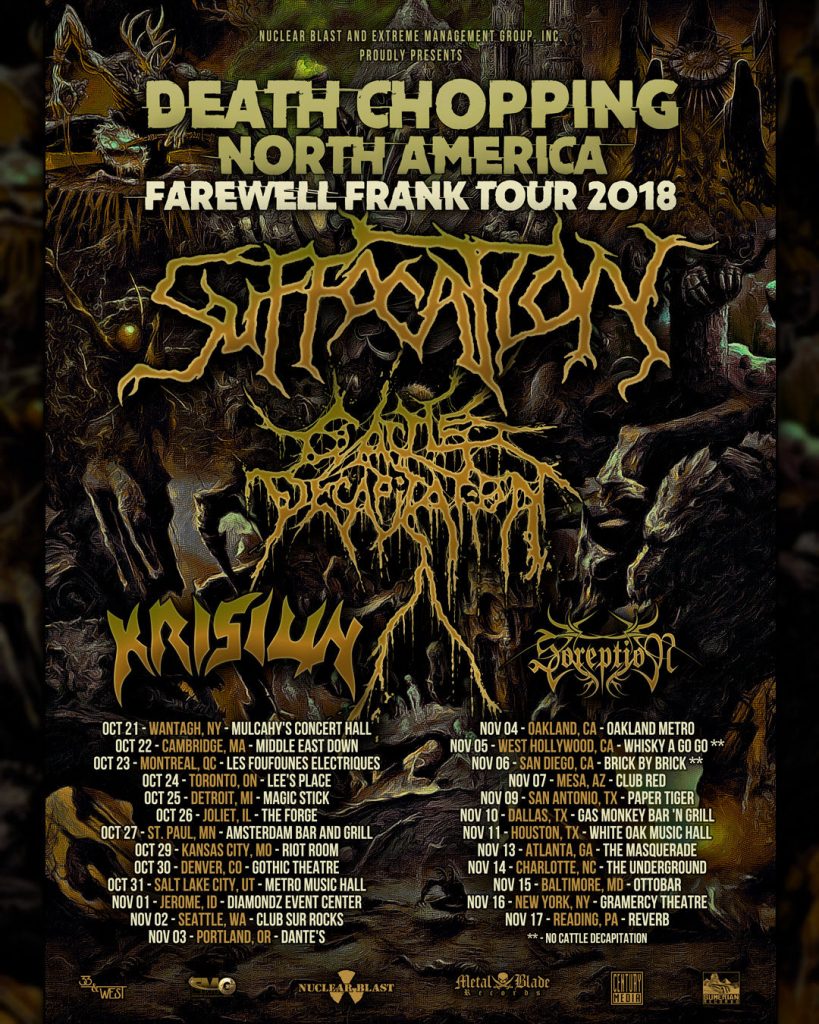 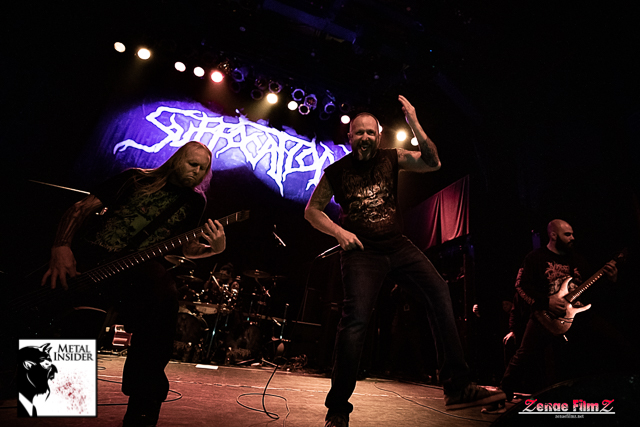