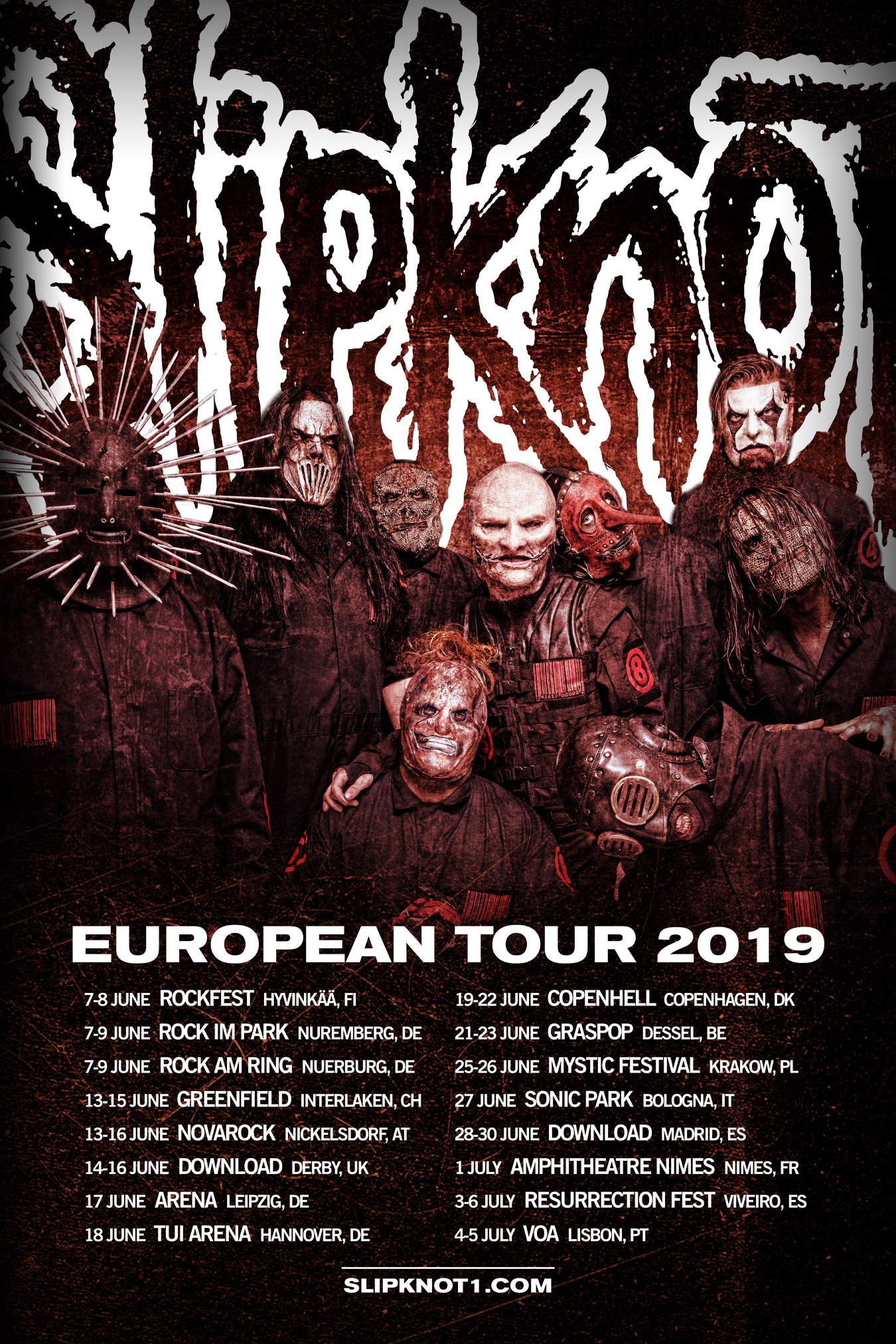 Over the last few months, Slipknot has made it clear their follow-up to 2014’s .5: The Gray Chapter will arrive in 2019. Frontman Corey Taylor has expressed their new album will be Iowa levels of heavy and has recently told Metal Hammer, it could include one of their heaviest songs in their career. Today (23rd), the band has announced they will be headlining next year’s Download Festival in Donington Park on June 14th-16th, 2019. The event revealed the first wave of bands that also includes Def Leppard, Tool, Slash featuring Myles Kennedy and the Conspirators, Whitesnake, Rob Zombie, Trivium, Amon Amarth, Carcass, Delain, Me First and the Gimme Gimmes, Opeth, Power Trip, and more. Additionally, the band has also revealed a full European trek that will circle around their headlining spot at Download as well as a number of other festivals including Rock Am Ring, Graspop, Mystic, and Resurrection.

On August 10th, 2019, Slipknot is scheduled to perform at the Iowa State Fair Grandstand for the first time-ever. With this in mind, we can only guess that the group’s new album could arrive around May of next year and hope their North American tour will kick off sometime around their Iowa show. 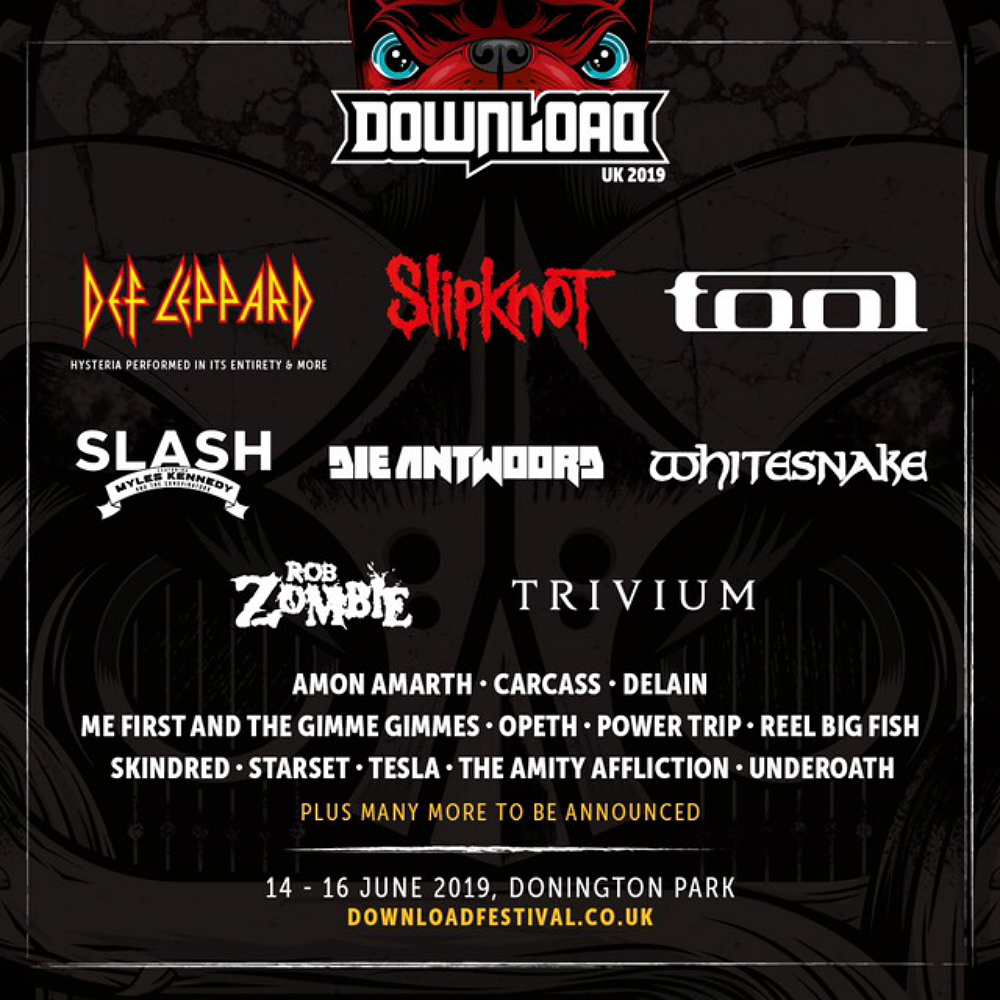