While Slipknot fans have possibly uncovered the identity of the group’s mysterious second percussionist known as Tortilla Man, the band haven’t confirmed these tentative theories. Instead, the group are enjoying the ongoing enigma as they’ve been trolling their fans during their Knotfest Roadshow tour. A photo has now surfaced via Reddit of Tortilla man holding an actual tortilla up to his face during the group’s show this past Friday (23rd) in Burgettstown, PA.

Embracing the name from r/Slipknot

I love this band. Much better than catching a pick or a stick. from r/Slipknot

At the same show, Slipknot have once again changed their setlist by replacing “Custer” with their classic song “Wait and Bleed.”

Check out the setlist below:

The Devil in I

“I did an interview with Rock Feed news like a week ago or so, and I said that it was Tito Puente. And people who had never heard of Tito Puente were, like, ‘Oh my God! He totally revealed who [it is].’ I’m, like, ‘Are you kidding?’ It is amazing the level of ridiculousness that not only permeates this band but permeates the fandom of this band. I’m just sitting back going, ‘I’ll feed you guys whatever.’ I mean, it’s beautiful. Just laying those little clues and people lose their minds. It’s awesome.”

While fans have recently guessed the identity was Michael Pfaff who is part of M.Shawn “Clown Crahan’s other band, DIrty Little Rabbits, Taylor revealed he’s enjoying that no one has uncovered Tortilla Man’s true identity:

“I’ve seen a couple of things, and none of ’em have been right so far. I’m loving it, dude.”

Taylor was asked if the group plans to reveal the mysterious percussionist’s identity, he replied:

“For us, it’s more about just keeping the spirit alive. ‘New guy’ doesn’t care. Even if somebody gets it right, we’re not gonna confirm it. It’s one of those things. For us, it’s more about getting the band out there. Because, to be honest, the one thing that kind of reminded us that the band is more important is that even after the album came out, people were still into the band no matter who was in it.

So, to us, it’s a reminder that the band is more important than worrying about conjecture about who ‘Tortilla Guy’ is. So we just basically politely answer those questions, but never fully commit to any correct answers. [Laughs]”

During the same conversation, Taylor responded to the possibility of unheard songs from All Hope Is Gone might be surfacing soon.

“We’ve been trying to find a way to release those songs for God knows how long. They were actually something that we were recording… We had two different studios going on. And one group of guys was recording what ended up becoming ‘Look Outside Your Window’, and then the bulk of the band was making ‘All Hope Is Gone’.

The stuff from ‘Look Outside Your Window’ is really, really — I mean, there’s no real way to describe i. It’s experimental, but it’s super vibey, super melodic. It’s really good. It’s hard to explain. There’s something about those songs. They’re very solemn, very energetic, very artistic. For people who are used to a certain way of Slipknot sounding, this doesn’t sound anything like that. It’s much more of a rock vibe. Honestly, it’s much more of a Radiohead vibe, to be honest.”

Taylor explained how the tracks that were recorded for Look Outside Your Window was intended to be a simultaneous release with All Hope Is Gone:

“Man, I tried like hell to make those two worlds come together — ‘All Hope Is Gone’ and ‘Look Outside Your Window’ — to the point where I was taking songs from both and kind of putting them together, like arrangement, sequencing. I had two different versions of ‘All Hope Is Gone’ that I had put together with songs from that. And just honestly, because of the emotional rifts that were in the band, the turmoil that was going on, nobody wanted to try and make that work. So what we ended up with was ‘All Hope Is Gone’ and then this unreleased album, which we’ve been trying to find a way to release this for a really long time. And I think Clown has figured out a way to do it. So I guess that’s gonna see the light of day, but they keep threatening to do that every couple of years, so I’m not really sure… When it comes out, I’ll be, like, ‘Okay, cool. It’s out now.’ And I’d love for people to hear it. It’s got some of my best writing, some of my best singing on it. I think people will really, really dig it. But, like I said, it doesn’t really sound like the Slipknot  that people are used to. It’s a lot more in the vein of the more melodic stuff on this album.”

Taylor continued to explain why material for Look Outside Your Window hasn’t been released:

“I think there’s a large percentage of the fans who will actually really, really dig it. Obviously, the people who are into the heavier stuff probably won’t get it at first — they might dig it later. It’s always about the right time with Clown. Once you spend more time with Clown, you realize that the wizard is always trying to figure out the right time for everything. And I respect him for that, man — that’s the artist in him. Honestly, he’s been our secret weapon since Day One. The reason that everything sounds as interesting as it does, looks as cool — all of the artwork — is all because of him. And I don’t think anybody in the band really gives him enough credit. So I’m gonna do my very best to make sure that he gets all that credit. For him, this ‘Look Outside Your Window Album was really his baby. He spent a lot of time and he put a lot of emotion into that album. And it’ll be really cool to see people finally get to hear it.” 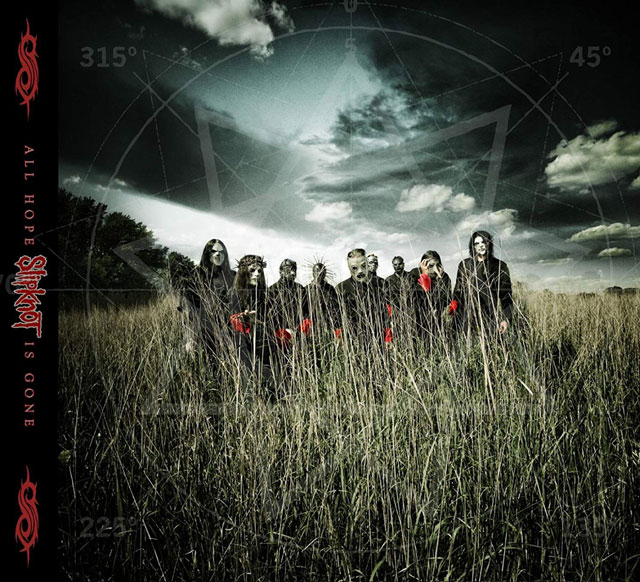