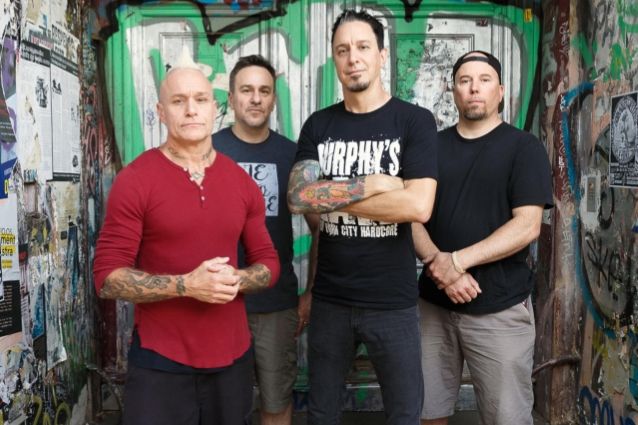 New York Hardcore vets Sick Of It All will be heading out on a Northeastern US tour this spring. The seven-date tour will kick off May 30 in Buffalo, NY and wrap up June 8 at Manhattan, NY’s Irving Plaza with stops in Thronville, OH, Detroit, MI, Pittsburgh, PA, Washington, DC and Philadelphia, PA. Tickets go on sale Friday, March 8.

Support for the tour will come from La Armada, who will be present at all but the Ohio date, as well as Snapcase, Slapshot, Wisdom in Chains and Brick By Brick, who will each be playing select dates.

Sick Of It All released their latest album, Wake the Sleeping Dragon!, in November 2018. Their twelfth studio record, arrived four years after their previous effort, 2014’s The Last Act of Defiance, and almost exactly two years after the release of  the When The Smoke Clears EP in 2016. Dragon was produced by long-time collaborator Jerry Farley, who also had a hand in helping the band write the album, and mixed and mastered by Tue Madsen. The cover artwork was done by friend of the band Ernie Parada.

The record is also the band’s first released by Fat Wreck Chords in nearly 15 years. In a statement on their website, the band said about joining back up with the label,

“Having a long history with both Century Media and Fat Wreck Chords, and knowing how much they care about us and the music we make, we are psyched about this joint effort! Both labels have been friends and champions of SOIA, on their roster or not.”

Before these new northeastern dates, Sick Of It All will be heading out with Iron Reagan later this month for a tour of the Southeastern US. That will be followed by a string of European dates in April, some of which will include appearances from Good Riddance.

Tags: Sick Of It All