Ozzy Osbourne has announced rescheduled European dates for his No More Tours 2 trek. Earlier this month, Osbourne was forced to postpone all scheduled 2019 tour dates due to falling out of bed one night and dislodged the metal rods in his back. Judas Priest will be joining the Prince of Darkness as the rescheduled tour will kick off on January 31st in the UK and will run through March 16th in Switzerland.

“I’m really looking forward to getting back to Europe for these shows. Thank you to all the fans for sticking with me and waiting for the new dates to be announced. I can’t wait to see you all next year.”

“We are very pleased to be able to announce the rescheduled UK/European dates for 2020 – these had to be postponed from the beginning of this year due to Ozzy’s unfortunate bad health – we are all very pleased that he is back to good health again and are really looking forward to going out on the road with him – thank you to our loyal fans for your understanding – see you in 2020!” 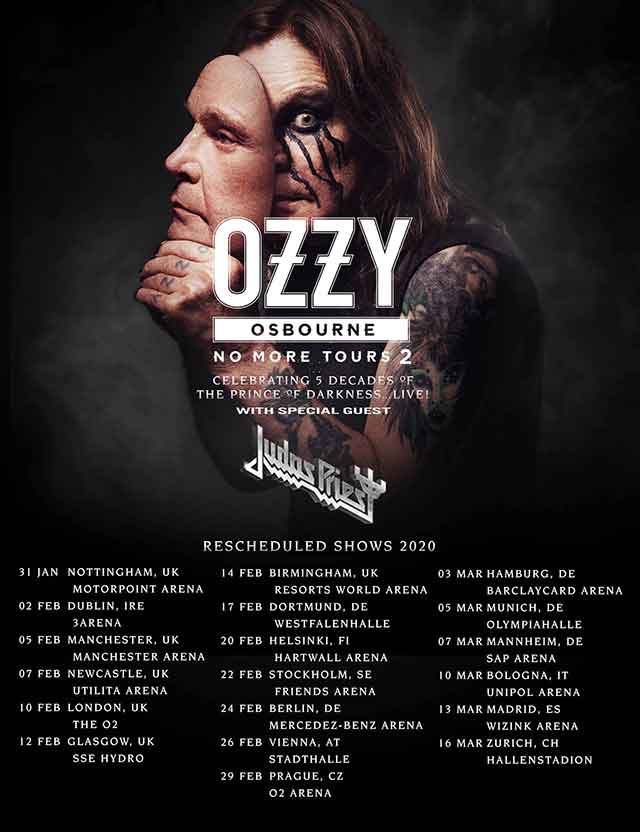