Doro Pesch has announced her return to the U.S for a spring tour! The queen of metal’s upcoming trek is scheduled to kick off on April 16th in Phoenix, AZ and will run through May 7th in Chicago, IL. 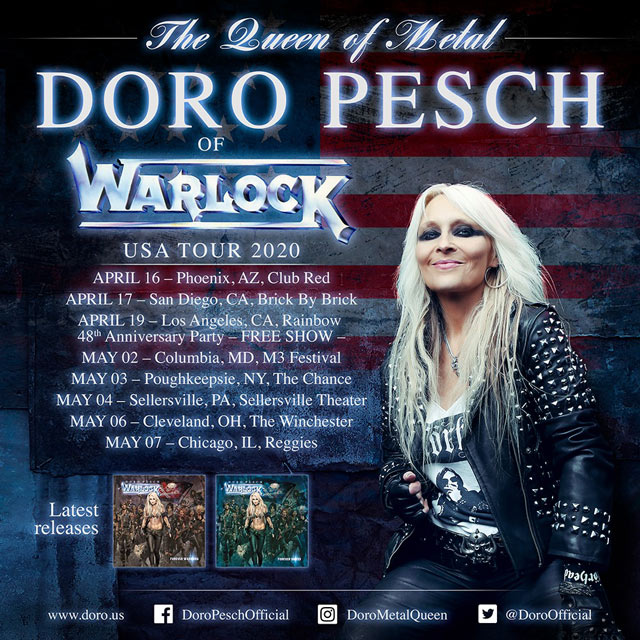