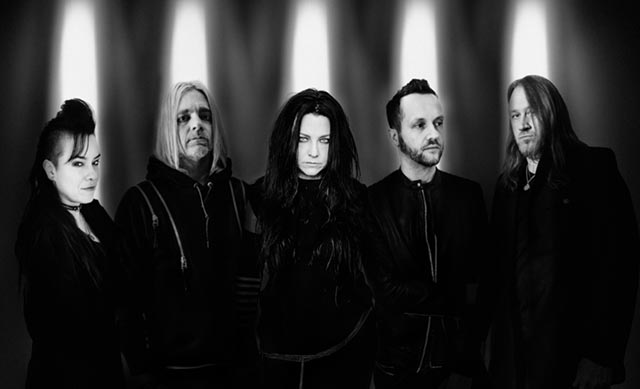 The Worlds Collide European co-headlining tour with Evanescence and Within Temptation will still happen this year according to the co headliners. This tour was originally planned for 2020, then, was moved to 2021, then to March/April 2022, now, the much anticipated tour will take place in the fall. All existing tickets and VIP packages will remain valid for the rescheduled dates and all venues remain the same.

Evanescence and Within Temptation said in a statement:

“As the world is slowly reopening again, we have been feeling optimistic about the tour actually taking place in March and April. However – a lot of countries still have restrictions in place, and we are forced to make a decision right now for logistical reasons. We are aware that many fans are preparing to make their plans to attend the shows, some of which involve travel, and given the uncertainty as to exactly when certain countries will lift their restrictions, we are left with no choice but to reschedule the tour, hopefully for the final time.”

Evanescence’s latest album, The Bitter Truth, hit shelves in March of 2021 and is first full-length release of all-new material from the band in a decade. Within Temptation have been busy as the tour has been pushed back and back, releasing new tracks during the pandemic as well as the digital show “The Aftermath – A Show In A Virtual Reality,” which took place in July of last year.