Avatar have announced a summer/fall tour with Magic Sword and Tallah. The trek kicks off on September 1st in Albany, NY and will run through October 18th in Seattle, WA. 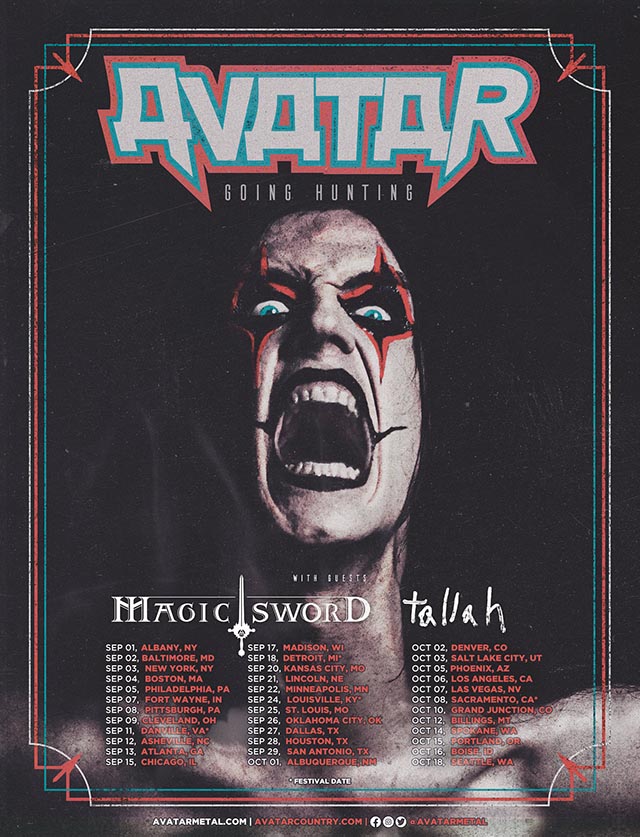 23) Rocklahoma festival to return this September:

Rocklahoma will return on Friday September 3rd, 4th, and 5th at Pryor Creek Music Festival Grounds in Pryor, Oklahoma. Rob Zombie, Slipknot, and Limp Bizkit will headline this year’s festival. Tickets are on sale at this location. 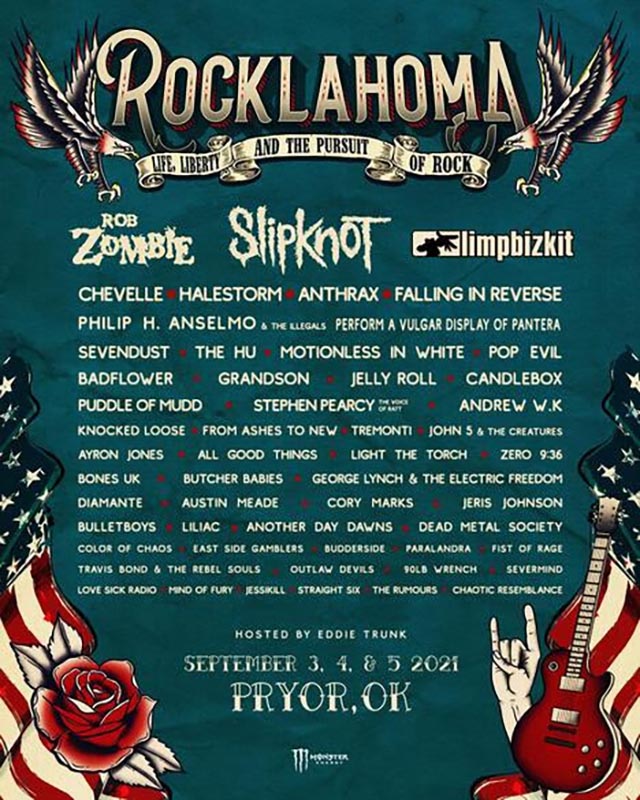 24) Within Temptation announce The Aftermath – A Show in Virtual Reality:

Within Temptation will take you on an out-of-this-world experience with The Aftermath – A Show in Virtual Reality. The stream will be a virtual experience, where the group has taken the livestream experience to a whole new galaxy. The event will take place in Europe on July 8th at 8PM CEST / 7PM BST and July 9th in Northern and Southern America at 8PM ET, 5PM PT, 9PM BRT, 7PM CST. Tickets are available at this location.

“During the whole pandemic, we weren’t keen on doing a livestream. The magic of seeing and hearing a band perform live — combined with the energy of the crowd — is something you cannot simply recreate with a livestream. So, for a long time, we were clueless. One thing we knew for sure: We would not compromise on a livestream if we could offer something out of the ordinary, something jawdropping, intriguing, spectacular, and mythical!

Then we found it: A world that we could shape into our wildest fantasies and in which we, as a band, could perform while still maintaining the dynamics and magic of our traditional live show. We are absolutely thrilled to invite you to Within Temptation: The Aftermath – A Show In A Virtual Reality. A show that takes place in different scenes of a post-apocalyptic world, in which we are witness of the aftermath of destruction of mankind. A world in which it is unknown if anyone or anything of the human race survived. It is a search for answers about both its becoming as well as its legacy.”

“We are absolutely gutted that the Worlds Collide Tour has been pushed back again and we cannot perform live in the same venue as our fans. With this digital show, we hope that the fans can still feel our energy, our love for  — and above all — our passion for music. Take care and we hope to see you on July 8 or July 9.” 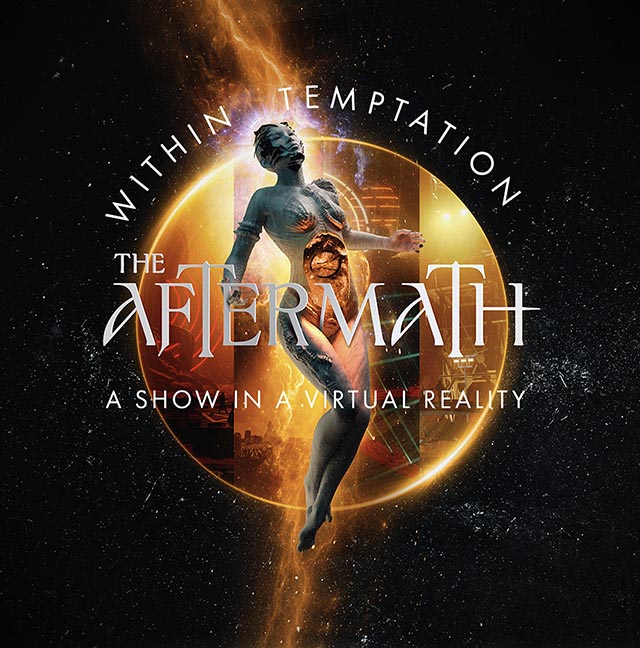 Anthrax will be celebrating their 40th anniversary with a livestream event on July 19th from The Den in Los Angeles, CA. Tickets are available at this location. 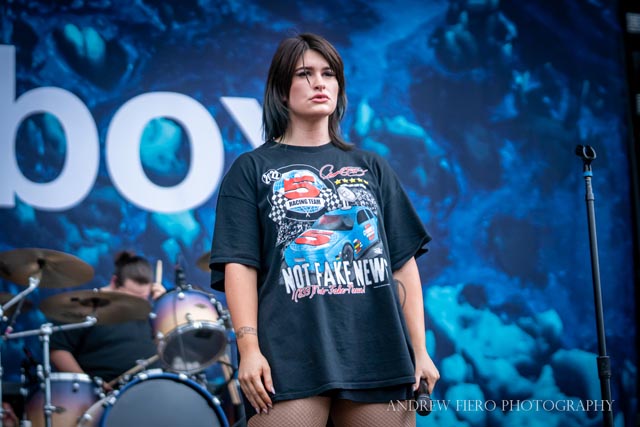