Almost immediately after the untimely death of Jeff Hanneman, professional douchebags the Westboro Baptist Church announced plans to protest the Slayer guitarist’s funeral by picketing it and singing their awful parody of Ozzy Osbourne’s “Crazy Train.” Now the evil hate group has their eyes set on the newly announced memorial celebration set to take place on May 23 in L.A.

“Will we see you when we protest Jeff Hanneman’s memorial on May 23, 1pm, @thepalladium in Los Angeles, @Metal_Hammer?,” the WBC tweeted along with this picture. Everything that can be said about this vile “church” has already been stated by us (and everyone who isn’t a member of this group). Rather than let the picketing turn ugly, though, we suggest fans who plan to attend the memorial take a look at Metal Sucks’ suggestions for counter-protests. The only suggestion we would add is possibly taking a page from the Foo Fighters’ book. Or y’know, ignoring them. But coming to protest at a place where they know there will be several thousand Slayer fans can’t end good for the extremist fringe group. 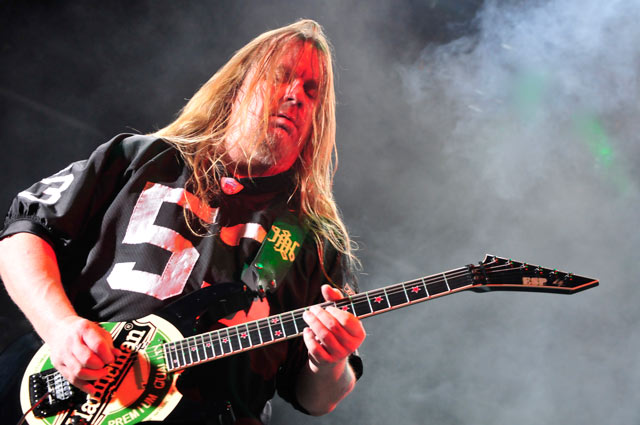