Back in April, Joliet, IL venue Mojoes was in the news when they oversold the ‘Dark Roots of Thrash II‘ show by over 400 tickets, leaving many fans out of the concert. An investigation was launched to determine whether the venue was acting illicitly or not and after the whole ordeal. The Joliet Times Weekly reports that the incident has pushed the venue’s current owner, Chris Triebes, to quit his involvement with the venue, and seek to transfer his remaining eight month lease and the performer contracts he’s already signed.

Joliet Deputy Police Chief Ed Gregory said the nightclub was doing a ‘one person in as one person left’ maneuver, while Triebes alleges that he has been operating for years under the understanding that his venue’s capacity was 1000, to which the city claims it has been for only 500 patrons. Triebes declared:

“I’ve had (audiences of up to 1,000) tons of times, and the fire and police were in here all the time and they were fine with it, I guess I misunderstood what I was allowed to do here. Or maybe it was OK, and then it wasn’t OK. I can’t really speak on behalf of the city. I will say I’m not an idiot. I’m actually a pretty intelligent person and I know what the fire code cap is and what it means.”

In addition to this incident, Mojoes was involved in another overcrowding charge which ended up in a brawl and a shooting outside of the venue a month after the Testament show. Police reports said that people from the audience were throwing bottles, from the balcony, at officers inspecting the club. Three women, ages 24, 26 and 28, were taken into custody, as was a 22-year-old man. The police released two of the women without charge while the remaining two were freed after prosecutors decided not to file charges.

Some of the acts confirmed to perform in the venue include Failure, Between the Buried and Me, Soulfly and The Summer Slaughter tour featuring Arch Enemy, Born of Osiris, Obscura among others, so if you want to save these shows from skipping Joliet, IL, get some friends together, pool your resources and get your Mojoes back!

[Thanks to Matty Mo for the tip] 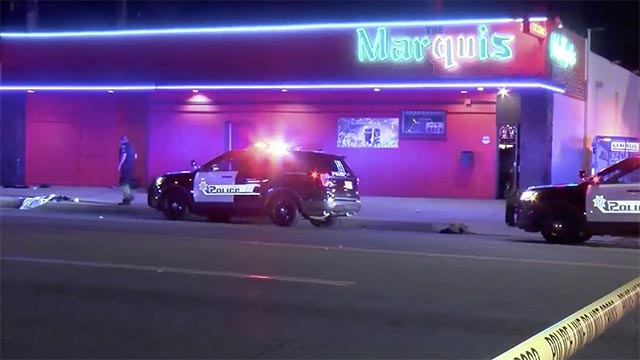