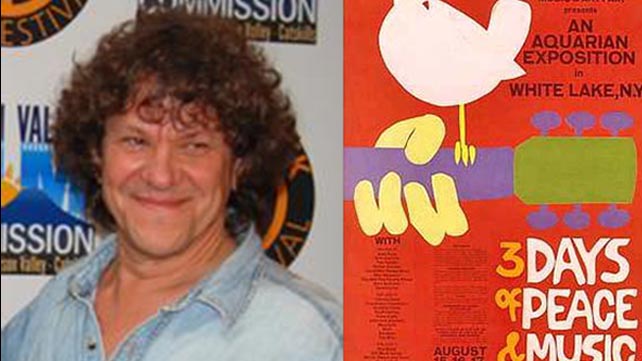 Michael Lang was one of the masterminds behind the concept of the Woodstock Music Festival. The music producer, promoter, and artist manager passed away on Friday, January 8th at Sloan Kettering Cancer Center in New York.

Lang died of complications from non-Hodgkin’s lymphoma a representative said.

“Woodstock offered an environment for people to express their better selves, if you will. It was probably the most peaceful event of its kind in history. That was because of expectations and what people wanted to create there.”

Lang is survived by wife Tamara and his five children, Shala, Lariann, Molly, Harry and Laszlo.

If the name Michael Lang doesn’t ring a bell:

There was this 3 day music festival on a dairy farm in Bethel NY, mid-August 1969.

Michael Lang was the co-founder & organizer of that historic event.

Peace, Love, and Music. ☮️ RIP to Michael Lang, the visionary creator of Woodstock 1969, one of the most important events in music history. Thank you, Michael Lang, for everything. It would never have happened without you! pic.twitter.com/ZjWHl3QzQW

We are deeply saddened by the death of our partner Michael Lang. He was a producer, father, environmentalist, friend, husband and most of all, one-of-a-kind dreamer whose mark on the world is undeniable. He will be missed pic.twitter.com/ZvNJkEOzxl

RIP Michael Lang. As a kid my dad brought me to every anniversary @BethelWoods as he played most of them For 25th anniversary he made me go to the original site while the huge one went on. Thousands of people still showed up. I joined him on stage and played @MoodyBluesToday song pic.twitter.com/n7LmQptfT9

Woke up to the sad news of Michael Lang’s passing. The visionary and co-creator of Woodstock ☮️ I’ll be rewatching the beautiful documentary in his honor. #backtothegarden pic.twitter.com/lIGUYV5NJb

RIP to Woodstock’s legendary co-creator, Michael Lang. He was a true visionary who helped drive the cultural “peace and love” movement in the ’60s by giving us one of the most-loved music festival to date. Wishing his friends and family peace and condolences.

Michael Lang, the creative mastermind behind the Miami Pop Festival and Woodstock left an indelible mark on live music festival experiences for generations. Fly on! pic.twitter.com/rDi19mrxyc

Michael Lang was one of the nicest people. All my encounters with him were always upbeat and positive, he was great.
📸 Henry Diltz pic.twitter.com/DqKfPkxB5L