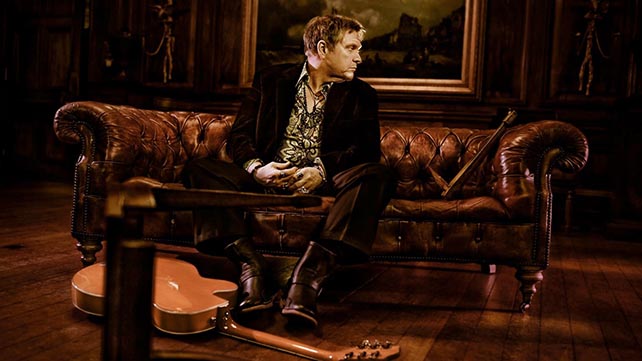 Michael Lee Aday, better known as Meat Loaf, and the vocalist on one of the best selling records of all time, has died at the age of 74. Known for his powerful voice and passionate performances, Mr. Loaf, as he has been referred to by the New York Times, was responsible for bringing to the world his Bat Out of Hell trilogy—Bat Out of Hell, Bat Out of Hell II: Back into Hell, and Bat Out of Hell III: The Monster Is Loose. Combined, this trilogy has sold more than 65 million albums worldwide. More than four decades after its release, Bat Out of Hell still sells an estimated 200,000 copies annually and had stayed on the charts for over nine years, making it one of the best-selling albums in history.

Meat Loaf was also an actor appearing in The Rocky Horror Picture Show, Fight Club and countless other films. His roles were not limited to the big screen, as he made numerous television appearances as well as acting on Broadway.

Meat Loaf and Jim Steinman wrote Bat Out of Hell in the early 1970’s. The album spawned the monster hits, “Paradise by the Dashboard Light” and “Bat Out of Hell,” both featuring female vocalist Ellen Foley, who sang with Meat Loaf on the album.

Meat Loaf’s passing was announced on his Facebook page.

“Our hearts are broken to announce that the incomparable Meat Loaf passed away tonight surrounded by his wife Deborah, daughters Pearl and Amanda and close friends. His amazing career spanned 6 decades that saw him sell over 100 Million albums worldwide and star in over 65 movies, including “Fight Club”, “Focus”, “Rocky Horror Picture Show” and “Wayne’s World.” “Bat Out of Hell” remains one of the top 10 selling albums of all time. We know how much he meant to so many of you and we truly appreciate all of the love and support as we move through this time of grief in losing such an inspiring artist and beautiful man. We thank you for your understanding of our need for privacy at this time. From his heart to your souls…don’t ever stop rocking.”

16 years later Loaf and Steinman once again collaborated and producing a follow up to Bat Out Of Hell. in 1993 they completed Bat Out of Hell II. 15 million copies were sold, and the single “I’d Do Anything for Love (But I Won’t Do That)” reaching number one in 28 countries. Meat Loaf won the Grammy Award for Best Rock Vocal Performance, Solo in 1994 for “I’d Do Anything for Love.” The song featured female vocalist Lorraine Crosby, who appears near the end of the song.

In 2006 the third album in the “Bat” trilogy was released. The album was once again a collaboration between Loaf and Steinman, this time produced by famed record producer and songwriter Desmond Child. The first single from the album “It’s All Coming Back to Me Now” featured Marion Raven on vocals alongside Meat Loaf, and was released on October 16, 2006. The album also featured guest artists, vocalist Jennifer Hudson, guitarist John 5, Queen guitarist Brian May, and world renown guitarist Steve Vai.

The relationship between Meat Loaf and Steinman produced gigantic songs for the songwriting duo. Meat Loaf was an artist that was ahead of his time and introduced a style of rock and roll never before heard in music.

Here is his discography:

Tributes on the late Meat Loaf continue to grow on social media, here’s a few:

I don’t keep pictures from films around home. But I have this one in my office in a frame bc it makes me smile every time. It’s engraved ‘Love and Hugs, Meat’ it sums him up well. He was so funny. And gentle. And warm to everyone. A sweet soul. RIP Meat Loaf pic.twitter.com/aMrIgXByEc

Meatloaf Has Passed Away. So sad. He was one of a kind. Who could you compare him to?? No one. That’s how you define greatness. My condolences to his entire family. https://t.co/sjGd3UnI9M

RIP Meat Loaf, 74.
One of rock music’s all-time great characters whose seminal iconic album Bat Out Of Hell is one of the biggest-selling records in history.
A wondrously talented, flamboyant, funny, outrageous and rebellious chameleon. Sad news. pic.twitter.com/J0UNQgGahn

Woke up this morning to the sad news that Meat Loaf had passed away. What a tremendous talent gone way too soon. He was also one of the nicest people anyone could ever want to know. This world is a little less bright without him in it. #RIPMeat pic.twitter.com/vCtRCTn3nh

Debbie and Meatloaf in a limo around 1979-80 ❤️ pic.twitter.com/ZuYIiHJj3a

What a shitty way to close the week. Louie Anderson and Meat Loaf are icons, and were amazing people to get to speak to.

They created work that will live forever. RIP. pic.twitter.com/xSPd3ditHI

Meat Loaf has died at age 74.
For 3 years, he played Bat Out Of Hell in record label offices and got turned down by every single one of them.
He signed with then-unknown Cleveland International Records.
It’s now one of the best-selling albums of all time, with 44 million sold. pic.twitter.com/6GxILn1K2d

We wanted you, we needed you–and we loved you. Three out of three after all, Meatloaf. You will be missed.

We are gutted to hear that the legendary Meat Loaf has passed away.

One of the most iconic voices in rock, his influence on heavy music has been enormous and won’t soon be forgotten.

Our thoughts are with his family and friends at this sad time. RIP 🤘 pic.twitter.com/S3Oa3IzMZe

Our thoughts go out to Meat Loaf’s family and friends during this difficult time.