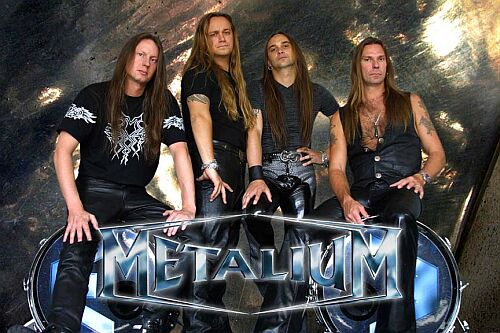 Former Metalium bassist Lars Ranzenberger, known as Lars Ratz, died yesterday (18th) after crashing a homebuilt aircraft in Mallorca, Spain. He was 53-years-old. According to Blabbermouth via We Publish News, the accident hit yesterday at 10 am where Ratz was the sole passenger on his plane, and reportedly died instantly. His death was confirmed by former Metalium members, guitarist Chris Caffery and vocalist Henning Basse.

“A few days ago on the phone we said let’s call again this weekend when we have more time. Now you’ve gone my friend and colleague for many years into the ass kicker. We’ve been through so much together, crying, laughing.. you’ve always been a pillar always seen the positive and were a fighter. I owe you an awful lot if I had a wish free I would have made it our reunion with you. My thoughts are with you and your family… I am completely in shock… see you. R.I.P my Lars.”

“One of the many discussions I have had during the past year involved reunions and new records from bands I haven’t recorded with in years. You all know the obvious by the posts that have been floating around. One of the others was conversations I had with Henning and Lars Ratz about the possibility of a new Metalium record and festival tour. I had actually began writing songs with this reunion in mind. I am shocked and saddened to have just received the very sad news that Lars Ratz has died today in a small plane crash. That first Metalium record was a very huge part of my musical and personal past. Although the situation wasn’t always perfect Lars believed in me and was so proud that he had me there to be a part of that first albums creation and the very first shows. Millennium Metal was a classic record top to bottom. Lars loved risks. He kinda lived very heavy metal in many ways. He loved being a pilot. He can now take some of my friends in heaven on some of his flights. Fly with the angels my friend. This song was always one of my favorites from this record…”

Our thoughts go out to Ratz’ family and friends during this difficult time.

We are mourning the tragic loss of Lars Ranzenberger (aka Lars Ratz)!

Our thoughts and heartfelt condolences go out to Lars’ wife and family during this difficult time!