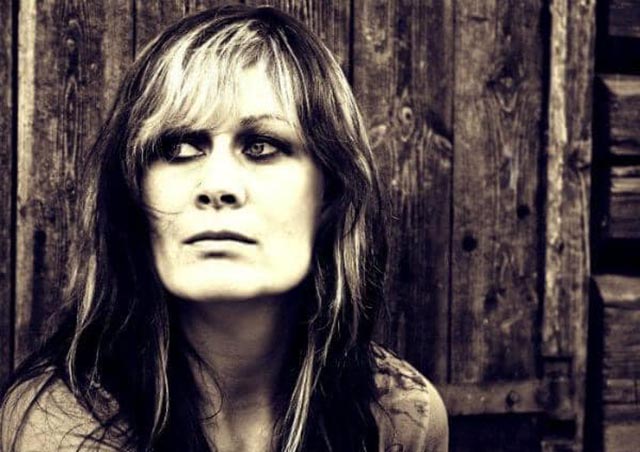 The victims of a horrific terror attack at a Norwegian supermarket on Wednesday have been identified. Among the deceased is musician/writer/model Andréa Meyer.

Meyer has been releasing music since the mid-1990s under the name Nebelhexë, working with Aghast and Hagalaz’ Runedance before releasing three solo dark/ambient rock albums; Laguz – Within The Lake (2004), Essensual (2006) and Dead Waters (2009). She followed those with an album in 2011 as Andréa Nebel and two with Aghast Manor in 2012 and 2013. Meyer also appeared on Cradle of Filth’s The Principle of Evil Made Flesh and Satyricon’s Nemesis Divina.

She was also a writer who, according to Blabbermouth, explored

“the darker aspects of human nature, animalistic instincts and other esoteric/taboo subjects which became quite popular in the alternative and metal music scenes.” In 2000, she wrote a book about “northern myths, traditions and goddess worship,” and has written several short stories and poems. She also wrote a column for Norwegian gothic magazine called “Seriously – The Things That Irritate Nebelhexë.”

Meyer was the ex-wife of Emperor guitarist Tomas “Samoth” Haugen. The two share a daughter.

“Sad to learn that my friend was amongst those senselessly murdered in Norway terror attack. She was a beautiful, creative artist and she will be missed dearly. Goodbye for now Andrea.”

“Andrea Meyer. You created pagan inspired music, 15 years before everyone else thought it was cool. Rest in peace, old friend 😔.”

“R.I.P. Andrea Meyer. Andrea guested on our debut album ‘The Principle Of Evil Made Flesh’ and also modelled and danced for us onstage as well as presiding over ritual back in our formative years. She will be sadly missed and our deep felt love and sympathies go out to her kith and kin.”

Five citizens of Kongsberg, Norway (including Meyer) were killed when Andersen Braathen began shooting arrows near a Coop Extra in the city. Three others were injured. It was reported Monday that a “stabbing weapon” was used in addition to the bow and arrows.

Braathen confessed to the attack and has undergone psychiatric evaluation. He has been charged with five murders, though more charges may be added later. It is believed that he acted alone.

It was reported that all of the victims were randomly chosen. However, it has also been floated by the Norwegian media that they all lived on the same street and many were part of the city’s artistic community.

Andrea Meyer. You created pagan inspired music, 15 years before everyone else thought it was cool. Rest in peace, 😔. pic.twitter.com/YXCQwbuyoO

UPDATE: The 5 victims of the Kongsberg Islamic attack

How many more people must die before the world admits we have a MAJOR problem!?https://t.co/1FtWu1aXHt pic.twitter.com/9MkeF5Qo2u