Today (9/11), Richmond, Virginia’s Future Terror releases their brand new collection of seven songs on cassette via Black House Industries. I had never heard of Future Terror until just very recently, and let me say I’m quite impressed. We’re All F—ked really brings me back to my youth in the early 80s. Yes, this is a very raw, hardcore punk record but with some additional textures and layers that make for a very intense and thoughtful listen. Indeed there’s a firm backbone of D-Beat from start to finish and as soon you as hear the opening track you’re going to immediately have visions of Discharge pop into your mind along with Wolfbrigade, Final Conflict (sans vocals), a touch of Driller Killer and some Disfear. But there is, dare I say, some clear influence from some of the Youth Crew bands in terms of chord progressions and higher range sonics. I’m hearing very early Youth of Today and Judge in some of Future Terror’s mix. This, by the way, is all a very good thing.

The first track, “Conned by God” is pure crusty filth. We’re talking Fishtown before it became fully gentrified filth. We’re talking five blocks southeast of the old MDF parking lot filth. The first thing that grabs you is the amazing crusty, Swed-esque guitar tone. I mean, that tone is addictively good and so appropriate for the song writing here. Secondly, the vocals. They are a bit distant in the mix. Bucking the recent trend of karaoke-style “sing-over-the-top” vox that bands seem to be putting out today, Future Terror takes a more unique approach with some space between the guitars and the singer. This is going to help the band stand out a bit more from the particular space they’re in.

The second cut “Atomic Annihilation” has some quick lead work and effects that adds some depth to the listen. The following track “Bastards” starts with a Porcell-like opening on the guitar and then adds a catchy fuzz-induced bassline. The bass was almost more than my outdated sub could take in my office, but alas, it’s time for a new one anyway. In general, the bass and drums are really well done in the final mix.

“Instant Murder” has a bit of an NYHC sound to it – and again gives a nod to early Youth Crew. These guys could have easily played the Anthrax in Connecticut back in the day and tore that place up. Honestly this last track really left me wanting more and looking forward to their next batch of songs.

Note that this is a very limited release. One hundred cassettes. All come with a pin so you can demonstrate your street cred while you’re on your beat up skateboard between Fayette and Lombard in downtown Baltimore. Unfortunately it doesn’t come with a bandanna for your pitty, but maybe with their next release. Get this before it’s gone, because just like The Wire it’s going to be gone far too soon. 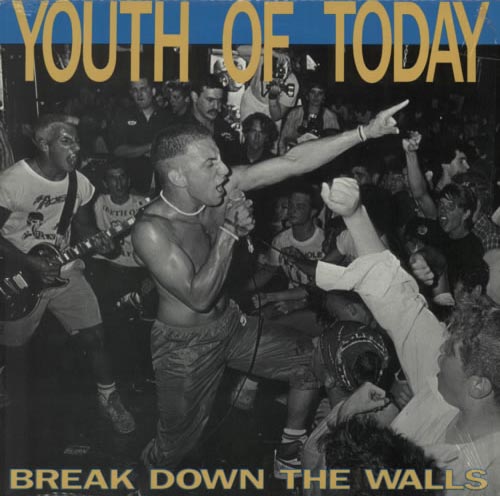