You all know by now that Mr. Bungle’s newest record is out and is incredible. With touring out of the question right now, the band decided to do a livestream for its adoring, tea-drinking fans.

The band started with some interesting behind the scenes/backstage footage as the lead in to the actual live event. We get to see Dave Lombardo trying to give an interview with a mask on, Mike Patton getting his hair braided like Coolio and Scott Ian talking about this strange burning sensation he’s been experiencing. It’s this little bit of ridiculous comedy that helps in times like these, and frankly it was about a thousand times funnier than Saturday Night Live.
Of course, all this craziness culminates in the band opening with their cover of “It’s a Beautiful Day in the Neighborhood” with Patton wearing his Mr. Rogers sweater and changing his shoes. As the band transitions from Mr. Rogers to rock and roll, I realize just how much I love seeing Scott Ian in this band as he brings his trademark live intensity to this closed set performance…. well closed unless you were Henry Rollins, Brian Posehn, King Buzzo, Suzy Cole or another one of the lucky few west coast notables who were standing by.
Lots of great songs performed with incredible thrashy excellence, highlighting the speed and power of their latest release, The Raging Wrath of the Easter Bunny Demo. It seems just so appropriate and right to have thrash legends Scott Ian and Dave Lombardo in this current iteration. What they add to songs like “Anarchy Up Your Anus” brings me back to the 80’s.  Other songs like “Bungle Grind” gave me that same nostalgic sensation as well. Honestly, if you ever wanted to think of what Anthrax with Mike Patton on vocals might have been… well… you should have watched! I mean, it was only fifteen bucks and you didn’t have to worry about anyone blocking your view of the band with their damn cellphones!!
The John Carpenter Halloween themed merchandise is absolutely killer btw and if you missed it, you missed out. You might be able to find some of the merch on the secondary market.

Setlist:
Won’t You Be My Neighbor
Anarchy Up Your Anus
Raping Your Mind
Bungle Grind
Methematics/Hell Awaits/Summer Breeze 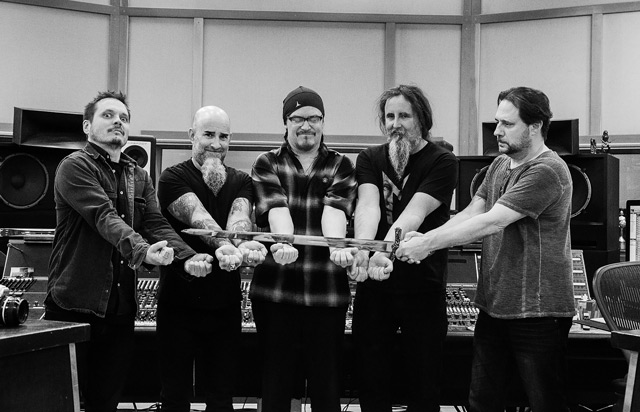