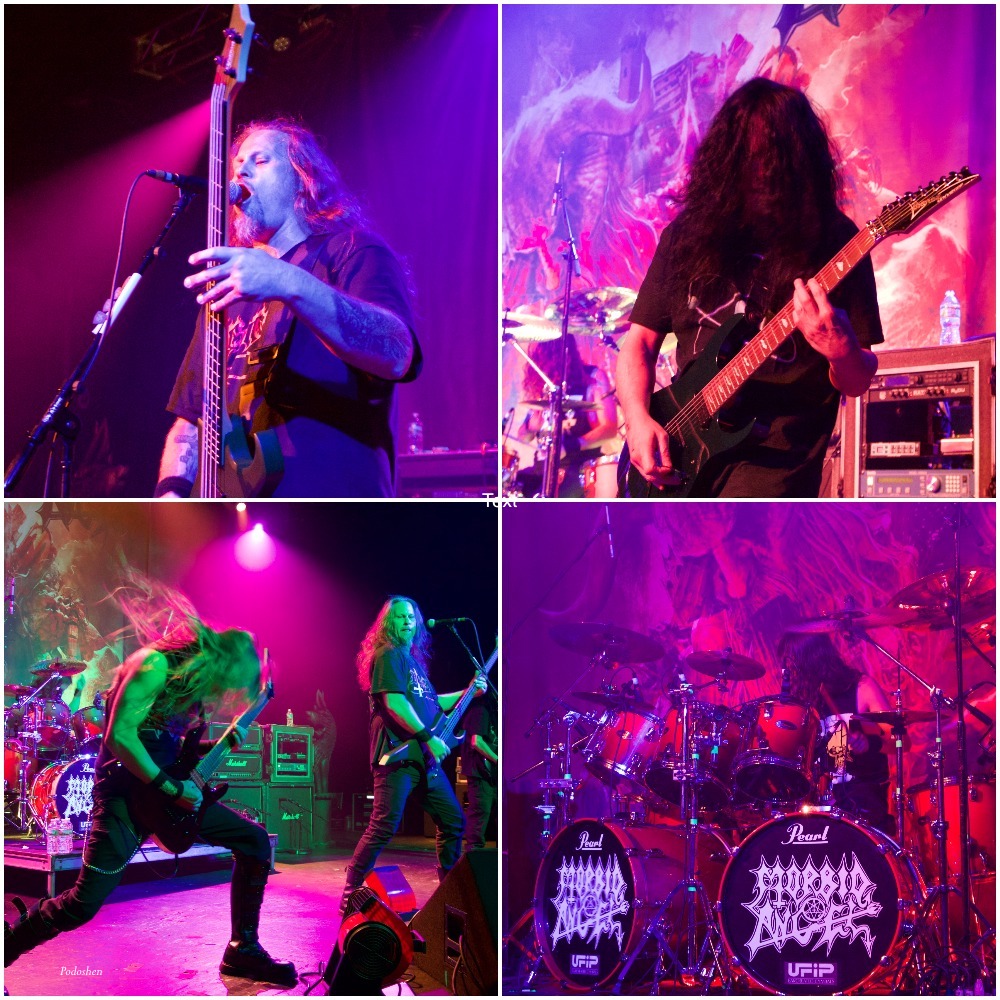 If you don’t have tickets or plans to see Morbid Angel on their current tour, you’re going to be missing an incredible show. Look, we know that Evil D is not playing with the band anymore (you can catch him in I Am Morbid) and there are no David Vincent era songs being performed on this tour. However, to let those reasons stop you from coming out are extremely short sighted. Why?

First, let’s look at the set list. Morbid is playing a number of songs from Formulas Fatal to the Flesh; an incredible record and one of the band’s (if not genre’s) very best. Watching the band perform “Covenant of Death,” as they do, is worth the $28 ticket price alone. There is something the overtakes you as watch Trey Azagthoth go from giant riffs in the early sections of that track down to the slow and melancholy final few minutes. The song itself takes you on a journey from aggression to sorrow to reflection and watching Trey as he guides you from realm to realm is a journey that’s difficult to find anywhere in metal today.

Trey Azagthoth is one of America’s finest metal musicians. He is eclectic and honest, with a desire to move people with emotion. Trey wants to engage music listeners in intense affect emanating from his craft. And that’s exactly what he does. Trey is relaxed on stage, playing one of his signature-labeled guitars. He plays flawlessly, night after night, rarely looking up. The crowd almost never sees his face through his massive mane as he is laser focused on his playing.

This is the first time I’ve seen Steve Tucker with the band in as long as I can remember. Tucker’s bass is on point and he sounds better than ever on his instrument. Vocals are reticent of the records and he gives the band massive presence on stage. Tucker was clearly amped to open with the first three tracks (Piles of Little Arms; D.E.A.D. and Garden of Disdain) on the new record, Kingdoms Disdained, which I reviewed here.

Dan Vadim Von was way more than adequate on second guitar, though his choice of footwear was interesting, if not painfully uncomfortable. Scott Fuller crushes it on drums. I can definitely get used to these four as the regular Morbid Angel lineup. Other highlights from the set were “Curse the Flesh,” “Bil Ur-Sag,” and “Nothing is Not.” But honestly, there isn’t any filler in this set.

I was expecting a larger crowd in Philly on a Thursday night. The ticket prices were certainly reasonable, the venue was fine and it wasn’t bad weather. My thought is that some people are still off the Morbid Angel bandwagon after the last record with Vincent. If you are… it’s time to get over it. They put out a lousy record; we all know that. Yes, one of the greatest metal bands ever released one ill-conceived record in a magical career that has spanned four decades. Move on. It’s done. And even the greatest, genre-defining, metal band ever once released this mess. Yet, we still came back for more.

So if you haven’t listened to Morbid Angel lately or if you’re worried that you’re going to hear a bunch of radikult material about killing cops that’s too extreme, just put those thoughts aside, nevermore. They had their mea culpa. This is the death metal, Steve Tucker-fronted Morbid Angel now, and they know their sound and they know their audience – and they bring it! Now bring yourself to the venue before you regret it.

Tour dates for Morbid Angel can be found here.