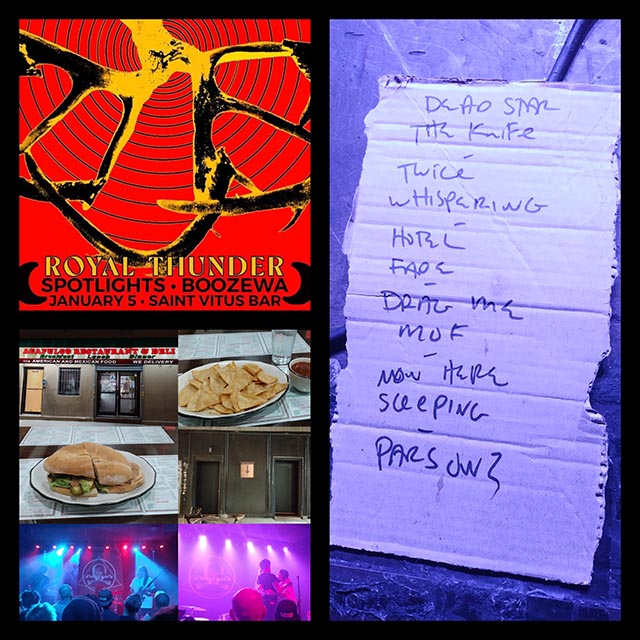 Following a small break from attending gigs, it was time to fire up 2023 in style. I had been a Royal Thunder fan since college. It was awesome knowing that the opening night of their trio of January live dates would begin on January 5th at the famous Saint Vitus Bar in Brooklyn.

After running some errands, I got ready for a wild time in Greenpoint, Brooklyn, and arrived with more than enough time to spare. When I arrived in Greenpoint, it was around dinner time for me. Loving Mexican cuisine, I dined in at the superb Acapulco Restaurant & Deli next door to the venue. Their tortilla chips with homemade red sauce and the steak tortas make for an excellent hearty meal.

I headed inside the venue at around 6:00 P.M and chilled out as more attendees gradually filled up the space to either have a drink or two at the bar or to see the show.

Although Boozewa and Soundscapes did an admirable job warming up the room for the headliners, it was finally time for Mlny Parsonz, Josh Weaver, and Evan Diprima to take the stage at around 10:00 P.M.

Royal Thunder are professionally trained gypsies on stage, keeping the audience in a trance of southern fried doom metal from start to finish. Bassist and singer Mlny Parsonz is a maniac that thrashes the bass like Lemmy Kilmister while singing with power like Laura Pleasants.

The acoustics were perfect for the band. Josh Weaver crafts a loud and soulful live sound that fits perfectly with their bluesier and slower passages. Evan Diprima also kept things moving smoothly all night long.

Royal Thunder played what seemed like a good hour filled with catchy tunes from their three full-lengths plus a bunch of new songs making their live debut before appearing on Royal Thunder album number four. Some setlist highlights were Whispering World, a new song called The Knife, and a deep cut for the superfans, Hotel Bend coming off of their eponymous extended play released in 2009.

After Sleeping Witch, everyone in the stage area got to behold and vibe with a celebratory group hug between Mlny, Josh, and Evan. It’s almost as if everything and nothing has changed since Royal Thunder last performed in 2019. It was obvious that the trio seemed genuinely happy to be on stage again.

The night concluded with Parsonz Curse being the final encore. The audience got to see something extra special with Mlny Parsonz gliding down to the floor and swinging about on the bass while flailing around on the ground like Angus Young as those lucky to see it watched in amazement. Nothing like those spontaneous rock concert moments!

I’m sure Royal Thunder will perform a lot more throughout this year, but as far as my first time seeing them is concerned. I had a great time and went back to reality. 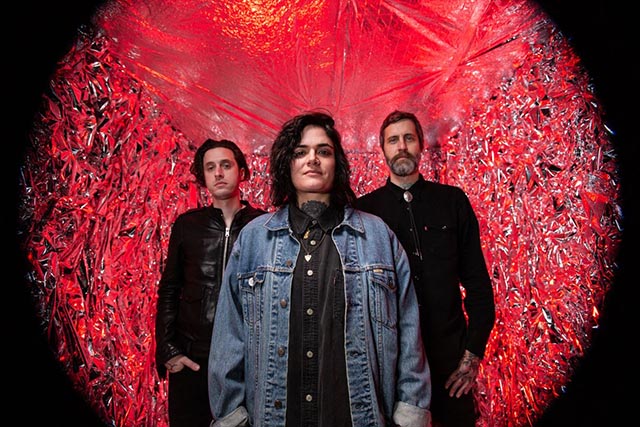