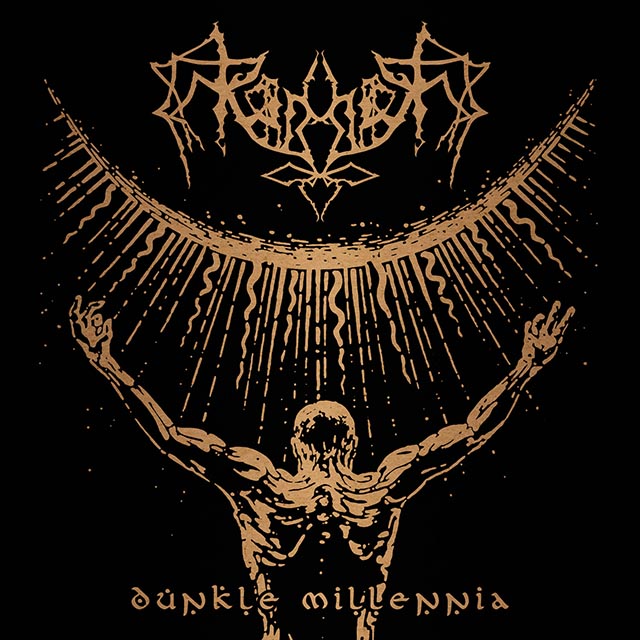 Whatever they put in the water over at the Eisenwald camp seems to working, because this label is quickly becoming one of my very favorites. Just a few months ago they released Uada’s soon-to-be-classic Djinn, and now they hit us right square in the jaw with the debut record from Germany’s Kankar. Folks, I want to make sure you read these words closely, Kankar is one of the best new bands I’ve heard in a very long time. This isn’t hype. This is reality.

Kankar, hailing from Thuringia, Germany, is only a duo, but they have a massive sound that seemingly goes beyond it’s two members.  We don’t know much about Strio (strings and vocals) and Plagan (drums and percussion), but we do know this… these guys are gifted musicians and songwriters. You might think you’ve heard this all before, but folks, let me tell you, you really haven’t.

From the highly original percussion on the opener “Gier,” through the classically disharmonic “Zerfall des Lichts,” all the way to the tightly knit closer, “Dunkle Millennia,” Kankar demonstrates their intense prowess and attention to songcraft. The production is spot-on – not too cold and not too deliberately distant – think German precision. The songwriting is diverse but not too much so; there’s a cohesion here that’s apparent. Think of it as bit more intellectual than most of the raw black metal out there these days flooding Youtube.

Restrained when they need to be, bombastic here and there, and not afraid of some rock ‘n’ roll, Kankar is a band not just to watch but to embrace right here and now. They’ve released two tracks so far and there are nine more on the record you haven’t heard yet. You’ll want to hear them all.

Dunkle Millennia can be pre-ordered digitally now at their Bandcamp site. There are plans for physical releases of the album in the future.