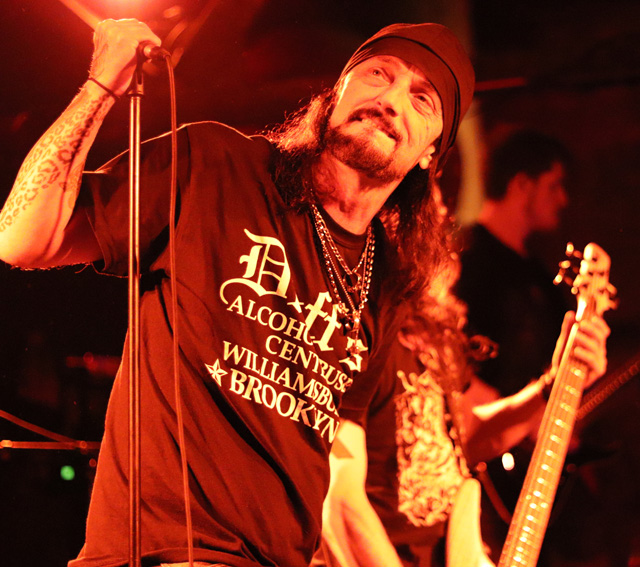 This past December 3, 2019, Cattle Decapitation, Atheist and Vitriol made their way to Philadelphia’s Foundry at the Fillmore and we were there for the explosive action!

These Portland death metallers warmed the crowd up on a cold, windy night with their pulsating enthusiasm. Bassist/vocalist Adam Roethlisberger worked the crowd into a frenzy as they introduced themselves to the famed East Coast crowd. Certainly, the building was buzzing about Vitriol and loved their musicianship. Definitely check out their debut LP To Bathe From the Throat of Cowardice, which we review here.

Yes – THAT Atheist that you might remember from back in the early 90’s. While only Kelly Shaefer remains from the original lineup, he has undoubtedly put together a great group of young talent who are more than aptly skilled at playing the complex, techy-fusiony death metal that proved Atheist was way ahead of its time. Without Atheist, it’s likely you don’t have much of a tech death scene today as they were really the ones who took, perhaps, the most risks with their musical compositions. Upon arriving I was concerned about the bass in particular, as Tony Choy and Roger Patterson left some really distinct shoes to fill. I was pleasantly surprised, however, when I heard new bassist, Yoav Ruiz-Feingold, who just crushed it.

While I loved listening to Atheist in the 90’s, I never got to see them live. Therefore, I was extremely pumped when Shaefer and company ripped into “Mother Man,” “Your Life’s Retribution,” “Piece of Time,” and “Unquestionable Presence.” The band left me wanting to hear more… a lot more and luckily Kelly announced to the crowd that are indeed working on a new record.

Don’t bring your sunglasses to the show because these guys essentially play in the dark. Playing some of their amazing new songs from Death Atlas, (which we review here), these SoCal mainstays brought their dire warning of climate devastation to the East Coast. Vocalist Travis Ryan was downright angry as he spit out the lyrics to “Bring Back the Plague” and “One Step Closer to the End of the World.” And the crowd went nuts for older (but not too old faves) like “Forced Gender Reassignment” and “A Living, Breathing Piece of Defecating Meat.” An appropriate soundtrack while I was eating my hummus and lettuce pita at the bar.

As this band has just released perhaps their greatest work to date with Death Atlas, I can only imagine this band will be touring a great deal in 2020. 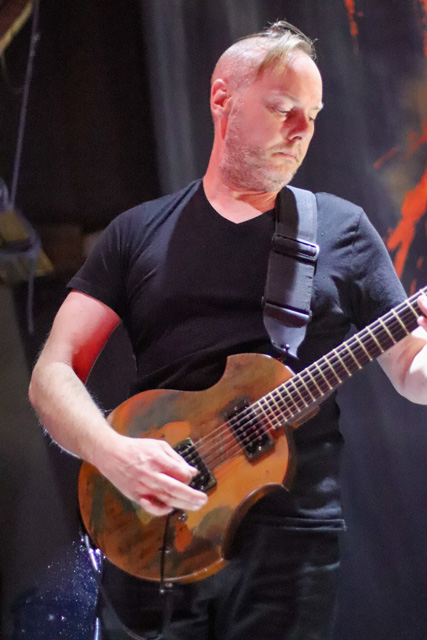