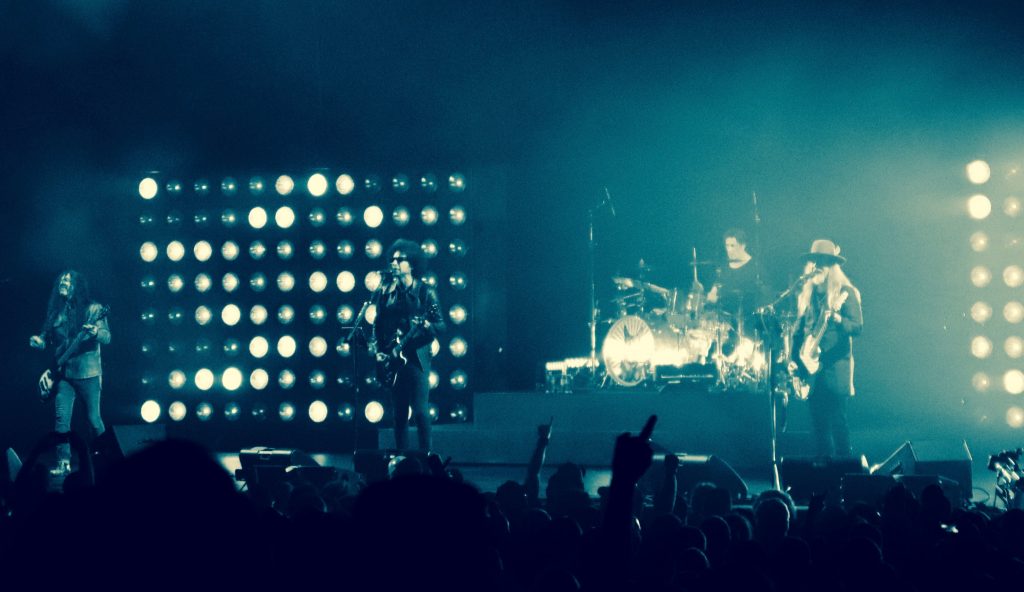 There has been tremendous buzz about Alice In Chains as of late. With the release of their new crushing new single “The One You Know,” and multiple sold out shows on this recent tour (see Wes Orshoski’s amazing photos), both new and old heavy rock fans are coming out in droves. If Alice In Chains’ recent performance in Camden, New Jersey last Saturday at the WMMR barbeque was a representative sample, the reasons behind this sudden rush of interest are quite clear.

Opening with the classic “Bleed the Freak,” the band instantly got everyone’s attention in the arena. Hands and fingers were up in the air for the duration of the song and, it seems, didn’t really come back down until the sixth, and one of the few slower songs of the evening, “Down in a Hole.” The band features a rather minimalistic stage show that is largely consisting of two walls of lights. The concertgoer’s attention is really focused on the band themselves and, in this respect, it’s perfectly clear why people are at the show.

William DuVall, the most recent addition to the band, who has played on the last two albums and the current new single, is able to work the crowd into a frenzy with his frenetic energy and engagement. DuVall not only has a chillingly familiar voice, but he is often moving from one side of the stage to other, getting out as far into the audience as he can, as he did while performing the song, “Again.”

Mike Inez, of course, is a joy to watch. He is the epitome of the classic rock bassist with groove and a ton of feeling. His bass sound resonated quite well in the arena with a very clean and distinct tone. This was matched by the usual stellar and steady performance of drummer Sean Kinney. Vocalist and guitarist Jerry Cantrell was again sporting his look that recalls U2’s The Edge circa 1987. It’s a somewhat interesting contrast in style as you watch Cantrell pound away on heavy rockers like “Them Bones” and “Damn That River.”

The beauty of Alice’s performance was able to shed a shining light on an otherwise glum and waterlogged day at the WMMR event. The fact that there were so many fans who remained to see this headlining act in the swampy lawn section is a testament to the showmanship and craft of one of America’s most treasured hard rock bands.