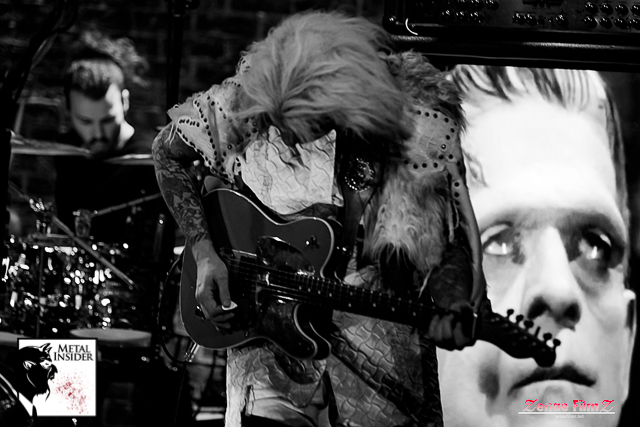 While many are familiar with guitarist John 5 through his career with David Lee Roth, Marilyn Manson and now, Rob Zombie, he’s also has an extensive solo career since 2004’s Vertigo. During the beginning of the year, the guitarist revealed his new album with John 5 & the Creatures, Invasion, will be released sometime this year. To celebrate his new songs, John 5 & the Creatures embarked on a North American spring tour as he booked it early enough to give some time before the upcoming Zombie/Manson summer trek. John 5 & the Creatures have been on the road since February 23rd in Las Vegas, NV as we were able to catch his NYC set on March 13th at the legendary Iridium with Jared James Nichols.

The Iridium was recently renovated in 2015, however, it’s following through with its legacy as an intimate music venue that Les Paul called home for over fourteen years. The venue is located around the theatre district in Manhattan as the basement has a cozy vibe, which is the perfect setting for solo artists such as John 5. However, on this particular night, the Iridium was packed with ecstatic fans ranging from  families to industrial rockers, Van Halen enthusiasts, etc., all ready to see John 5 in action.

Jared James Nichols opened up the night as he brought a bluesy vibe to the crowd. Having nothing in common with John 5, the Los Angeles-based vocalist admitted to the audience how much of an honor it was to finally perform at the legendary venue. He then asked fans to buy him a drink since it was approaching his birthday after midnight. Nichols and co delivered a bluesy set with songs “Last Chance,” “Don’t Be Scared,” “Honey Forgive Me,” End of Time,” “Baby Can You Feel It?,” “Nails in My Coffin,” “Hardwired To Love You,” “The Gun,” “Run,” and the Mountain cover “Mississippi Queen.” 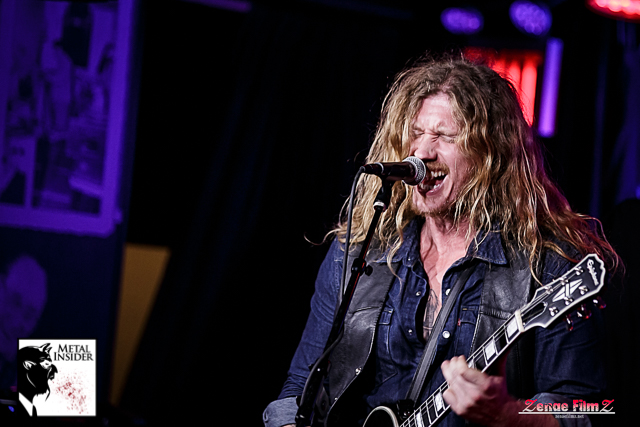 For those who love Halloween, horror films, science fiction and everything bizarre, this evening had a little bit of everything. What made many excited was seeing a few inflatable creatures rise to the stage that consisted of a wicked witch and pumpkin head. John 5’s set started with a science fictional character invading the platform with a futuristic gun and a more metallic astronaut uniform. Was he a robot, alien, or zombie? Who knows, which was one of the many fun moments of the night. The entertainment value was instantly increased as it was exceptional to see on such a small platform. The show progressed with an assortment of creatures while horror classics including Frankenstein displayed on the screens.

John 5 himself had an exceptional amount of creative freedom, which was shown throughout his performance. And if you looked long enough, you’d end up catching a few smiles during the set. On intimate nights such as these, it’s one of those where you want to make sure there’s a clear path for all fans to see as no one wanted to miss a single riff. Songs included: “Season of the Witch,” “This is My Rifle,” “SIx Hundred and Sixty PIckers in Hell, CA,” “Crank It,” “Hell Haw,” “Howdy,” “Here’s to the Crazy Ones,” “First Victim,” “The Black Grass Plague,” “Zoinks,” “Behind the Nut Love,” “Mando Jam,” “Beat It,” (Michael Jackson cover), and “I am John 5.” 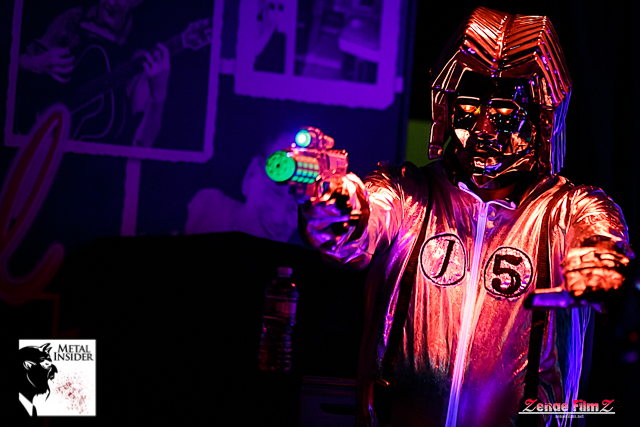