Poison the Well were at the forefront of metalcore in the late ’90s and early 200s. The Florida band flourished with their first fthree albums, The Opposite of December, Tear From the Red and You Come Before You bridging the gap between hardcore and metal. In 2010, they went on hiatus, returning for two shows last year. Earlier this week, they played the first of five reunion shows at a sold-out Gramercy Theater. Upping the ante for recently-reunited hardcore bands, Candiria, currently working on a new album for Metal Blade, was added on to open the show at the last minute. Metal Insider contributing photographer Melinda Oswandel was there and captured the evening.
Candiria 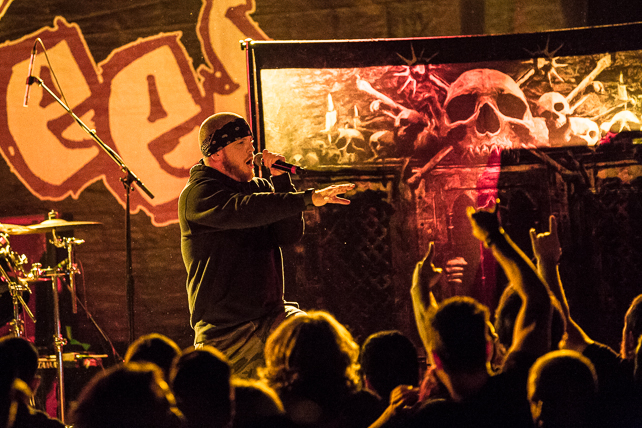