Marilyn Manson is currently on the “Hell Not Hallelujah” tour in support of his ninth studio album The Pale Emperor. His two-hour set at The Fillmore Detroit had the crowd engaged from the opening song “Deep Six”, through a mix of new songs and greatest hits, before ending with “Coma White”.

During his performance, a huge disco ball dropped from the ceiling, air cannons shot glitter, and white banners barring his signature double-cross fell from the sky. Fans even had the chance to get up close and personal when Marilyn Manson stepped off stage and walked the barricade.

Metal Insider was onsite to capture the show, in Detroit, Michigan on Feb 3rd. The tour is ongoing until May when he performs at Rock On The Range, before heading overseas for multiple dates. You can check out the remaining dates here. 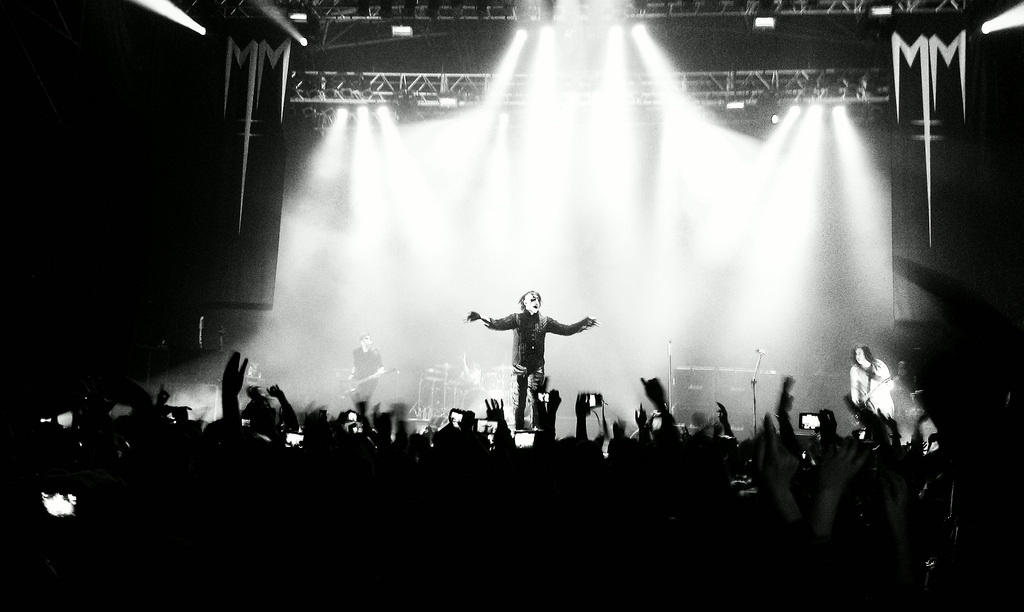