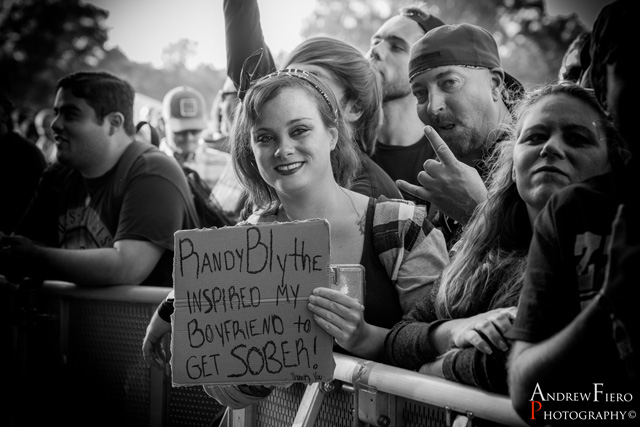 With two days in the bag, Exit 111 had one last day to deliver the goods as the sun rose on Sunday, October 13th. Aside from an early morning chill, Mother Nature was willing to be a little easy on the Manchester, Tennessee crowd. Sunday also brought NFL coverage to the Mega Sports Bar, garnering large crowds of curious football fans checking in on their teams. The Paranormal Cirque prepared for a third day of sold-out shows, spooking concert goers both in and outside of their circus tent. For the music, the day was stacked with appearances. The side stages running simultaneously proved to have some tough choices for fans while the Heaven Stage was set to host monster acts, including the Deftones and headliners Guns N’ Roses. With all that at fans’ fingertips, the doors opened at noon, with the grounds ready to go.

After O’Brother and Tetrarch kicked things off on the Hell Stage and Rise Above Stage respectively, The Heaven Stage was prepared to introduce Tyler Bryant & The Shakedown to Exit 111’s main stage. Opening for Gun n’ Roses for several stops during the headliner’s Not In This Lifetime… Tour, the band had a lot of eyes and expectations set on them. Hearkening back to a blues-rock sound well beyond the years of members Tyler Bryant (guitar/vocals), Graham Whitford (guitar), Noah Denney (bass) and Caleb Crosby (drums) make it easy to see why Guns n’ Roses chose to shine the spotlight on the up-and-coming act. The group has also been hard at work playing alongside huge acts from AC/DC to Aerosmith, giving fans all the reason in the world to not skip out on the opener.

The band’s newest album, Truth and Lies, was on full display throughout the set. The acclaimed album released this past June. Tracks including “Drive Me Mad,” “Ride,” and ‘Without You” were just some of the songs showing off the newest release while cuts of older songs “Weak and Weepin'” and “Lipstick Wonder Woman” were served up to please fans who’ve followed the group. A cover of Ann Cole’s “Got My Mojo Working” added to the early-day fun. While their set time was short, the statement was still made. There’s a reason why major acts look to Tyler Bryant & The Shakedown to support their tours. If the early-going is a sign of things to come, the group might one day find themselves doing the same for the next generation of megastars while enjoying their time on top. 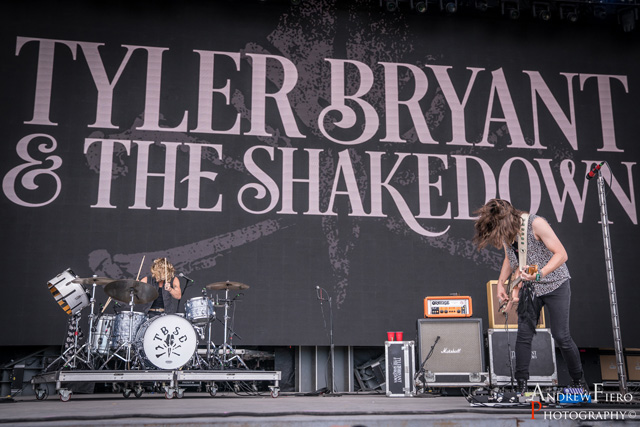 Shortly after Plague Vendor and From Ashes to New gave it their all on the side stages, attention once again turned towards the Heaven stage for Thrice. The alternative rock quartet hailing from Irvine, California, came back together after a short hiatus in 2015. They went on to have their album releases reach the double digits in 2018 with Palms shortly after signing with Epitaph Records. Together Dustin Kensrue (vocals, guitar), Teppei Teranishi (guitar), Eddie Breckenridge (bass), and Riley Breckenridge (drums) joined the Heaven Stage at 2:15 PM. With the sun high in the sky and temperatures warm, the group got ready to deliver their set. With an hour theirs for the taking, Thrice opened up with “Hurricane” to the hot crowd. The group then brought the show back to 2003 with “Silhouette” before showing off their newest album with “Only Us.”

Thrice embraced their history throughout their set, with only two of their albums,  Identity Crisis (2000) and The Illusion of Safety (2002), not on display throughout the thirteen song set. In fact, with eight albums spanning fifteen years of history, no one release had more than two tracks shown off for the live crowd, giving fans a trip through Thrice’s storied career. Thrice would go on to finish off their day with “The Earth Will Shake” before thanking the Tennessee crowd. Perhaps one of the more subdued performances throughout the three days, Trice still delivered a stellar set from beginning to end. Recently celebrating the tenth anniversary of Beggars, Thrice are once again on the road late January, touring throughout America alongside Drug Church, mewithoutYou, and Holy Fawn. 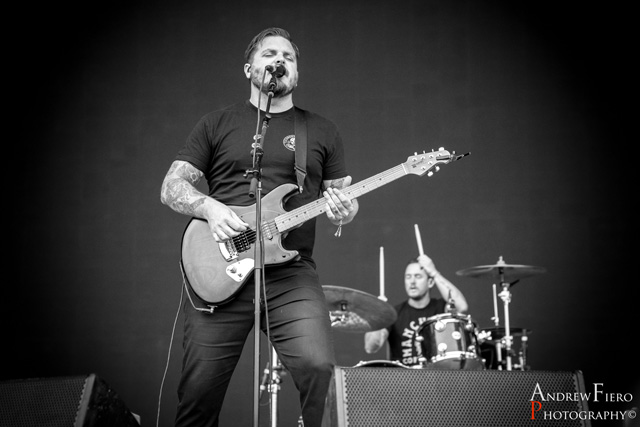 The side stages were already off to an unbelievable start. When 3:15 PM rolled around, marking the time slot for both metalcore’s Of Mice & Men on the Hell Stage and hard rock’s Dirty Honey over at the Rise Above Stage marking one of many tough decisions fans had to make for the day. For Dirty Honey, the Tennessee stop marked the midpoint of a tour with fellow festival performers Skillet and Alter Bridge as part of the Victorious Sky Tour. No strangers to headlining act Guns n’ Roses, the group had been tasked with the opening for Slash for several gigs in 2018, only one year after forming. With this kind of hype backing Marc Labelle (vocals), John Notto (guitar), Justin Smolian (bass), and Corey Coverstone (drums), plenty of fans had gathered by the stage to check out what the buzz was all about. With only two years together, the band may not have as much up their sleeve as most of the talent performing, but what they lacked in quantity, they more than made up for in quality.

Mostly focusing their efforts on their self titled album, released earlier this year, “Scars” would mark the entry into their set. “Break You’ and “Fire Away” followed before the end of “Heartbreaker” found fans on the receiving end of a great drum solo. The band paid tribute to a group they clearly drew some inspirations from with a cover of Aerosmith’s “Last Child,” capping it off with a guitar solo. “When I’m Gone” and “Rolling 7’s” finished the day for Dirty Honey, who showed throughout their set why they should be considered one of the absolute best up-and-coming bands in the business today. Following the Victorious Sky Tour, Dirty Honey enjoyed some time in direct support for Guns N’ Roses, opening for a couple of dates at the start of November. The band continues their touring ways, currently making their way through the states in a headlining tour well worth the ticket price. 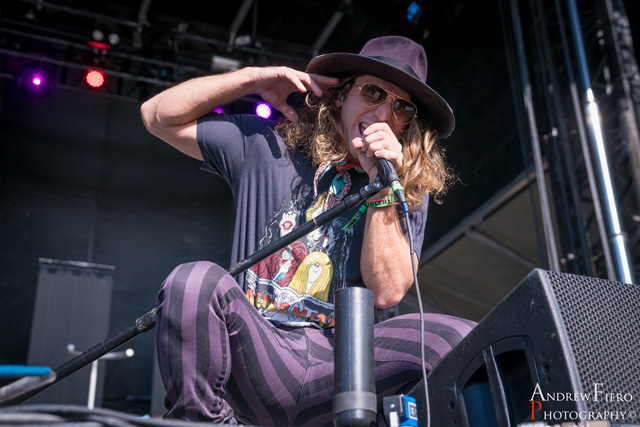