You’re a diehard metalhead, so you know the themes; tentacles, Elder Gods, formless shadows, and cosmic madness from beyond reality. The literary imagery and subject matter of early twentieth century weird-fiction godfather H.P. Lovecraft have been co-opted by extreme metal bands since the genre was born. And not without good reason; the two are a match made in whatever metaphysical nightmare-afterlife one can believe in. The aesthetics of dark and macabre terrors go hand-in-hand with the brooding and counter-culture extremes the heavy metal genre has explored since the opening notes of Black Sabbath’s debut.

But despite the prevalence of Lovecraft’s deep-rooted influence on the visuals and lyrical themes of heavy music, little has been acknowledged of the man himself within the metal community in regards to his personal beliefs of abject racism and bigotry. It can no doubt be argued that it is the work itself and not the creator behind it that matters, especially when said creator lived in a different era and was a ‘product of his time’ (although aside from the rising Nazism in those years, Lovecraft’s stances were actually more extreme than most), but if the metal community openly grapples with the ethical implications of supporting artists like Burzum, Arghoslent, and Destroyer 666, then the discussion of blatantly co-opting the work of a racist author is certainly a valid one. Especially when that author’s work includes gems like this (taken from the 1912 poem On The Creation Of The Nigger)

“A beast they wrought, in semi-human figure,

Filled it with vice, and called the thing a Nigger.”

And don’t think that his views on race and culture were somehow kept separate from the iconic Cthulhu Mythos work he is known for; after all, the central theme to all those stories was the idea of a master race subjugating the inferior masses. In other words, don’t let the window dressings of cosmic origins and alternate universes blind you to the forest for the sake of the trees.

Interestingly, this lack of acknowledgment is almost wholly unique to music; in the world of fantasy and horror literature, where the author’s work finds its home, there has been a gradual history of discussion on the topic, albeit a slow and hesitant one. Just last year, after much debate and community soul-searching, the World Fantasy Convention announced the award trophy it hands out for works of fiction would no longer be presented in the form of a caricature bust of Lovecraft. If it took the author’s own medium eight decades to come to terms with the bigotry behind the books, perhaps heavy metal can get on the ball a bit quicker; although it has already been nearly forty years since Sabbath first found inspiration from Lovecraft with ‘Behind the Wall of Sleep’ (from the short story Beyond the Wall of Sleep).

This is, to be clear, not an argument against the use and mining of Lovecraft’s work as inspiration and influence by metal bands or any other creative outlet. His imaginative prowess is undeniable and has proven more foundational in horror-related art mediums than nearly any other creator, and relegating that work to the waste bin of history for the sake of his personal flaws would be asinine at best and irresponsible at worst. Throwing the baby out with the bathwater, is an unproductive overreaction of modern social justice proponents (or, to be more accurate, an often-exaggerated characterization attributed to ‘SWJ’s by their detractors), and this article’s only purpose is to help engage an honest discussion of the ugly undertones of one of literature’s most iconic figures as it is used in the world of heavy music. After all, willful blindness to thematic undercurrents is often something that fosters passive aggressive tendencies and biased attitudes in the first place. If we, as a community, take an open view of Lovecraft’s vast body of work and take care to understand what is behind some of the ‘horrors from beyond’ and ‘unnameable presences’ we can more responsibly make use of the rich imagination he gifted to us without carrying around the unresolved baggage that comes with it. After all, I’m sure anyone would rather enjoy timeless quotes like “The world is indeed comic, but the joke is on mankind” without blithely ignoring the fact that it comes from the same man who said “…there is a great & pressing need behind every one of the major planks of Hitlerism.”

It doesn’t take much, I certainly wouldn’t demand every metalhead out there to engage in a nuanced cultural debate every time they hear a song about Lord Dagon; all that would suffice next time you spin the new Chthe’ilist album is something along the lines of:

“Hey, these lyrics are sick.”

“Yeah, but you know Lovecraft was an asshole, right?”

So go forth and be heavy, just be honest at the same time. As long as you know where the tentacled entities end and bigotry begins you’re a metalhead on the right track. 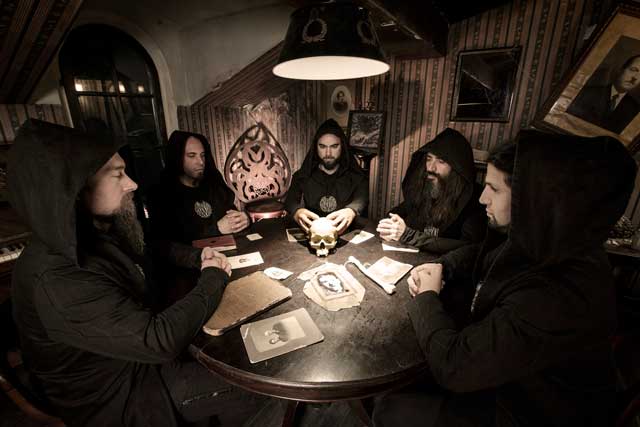