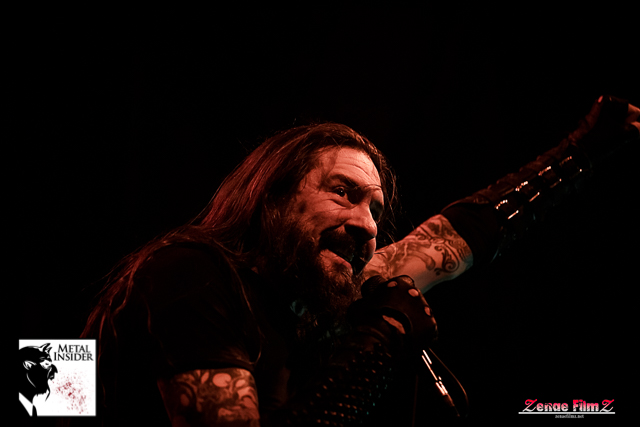 The video for Goatwhore’s “Apocalyptic Havoc” has officially been demonetized on YouTube. The clip has been living on the platform for a decade as it’s now considered no longer suitable for their advertisers. While the video is currently available on YouTube, demonetization means the content will no longer generate any money.

The label also included a screenshot of the below message they received from YouTube:

“After manually reviewing your video, we’ve confirmed that it isn’t suitable for all advertisers. As a result, it will continue to run limited or no ads.

Your video remains playable and is still eligible to earn subscription revenue from YouTube Red. You can find more information about our advertiser-friendly guidelines in our Help Center.

YouTube updated their advertising algorithm and launched a new policy in June 2019 where the platform will demonetize just about anything that isn’t suitable or approved by their advertisers. The initial demonetized content included pornography, hate speech, terrorist messages, crime videos, and radical political opinions. Since “Apocalyptic Havoc” is taken from Goatwhore’s 2009 album Carving out the Eyes of God, perhaps this fits under the category of “radical political opinions?” We’re not too sure. However, there’s been other reports that has previously cited instances such as this as the “adpocalypse.”

Regardless of the intended subjects YouTube are after, there have been reports of over 17,000 YouTube channels removed since updating their policy. You can now find a How To Survive YouTube Demonetization guide. YouTubers have also lost a lot of money after their channels were mistakenly demonetized for months. And now, the platform has launched another policy on kids videos. With that being said, there could be a lot more work in store as many are confused on how YouTube’s demonetization works:

*Seeing the list of stupid things Youtube will demonetize you for putting in a title fills you with DETERMINATION https://t.co/nCGisqZXkU

AYYOO @YouTube I got a serious question? Why do y’all demonetize me for speaking on black issues ,Ice raids & oppression against all minorities but People are doing black face makeup and it’s getting monetized and getting pushed ..keep that same energy pic.twitter.com/fkVRYEZzA0

If I reupload the SAME video it has monetization… there’s absolutely no consistency here. It’s like Youtube wants to play a game where if I get a certain number of views they demonetize it… @YouTube @YTCreators pic.twitter.com/4ISyZo2DSn

So @YouTube can demonetize my video if I swear but they’ll post a pro-Trump ad on my content associating me with a Racist, xenophobe, homophobe, misogynistic, ableist Hitler-Hamster? No thanks. I’ve demonetized the offending video.

YouTube: hey you gotta abide by our new guidelines or we’ll demonetize your videos.

Us: ok can you tell us what the guidelines are?

YT: No. And we will change em every few months. Also fuck you.

soooo youtube will demonetize us but then allow ads like this to be ran? ummmm anyone wanna tell them what this is? https://t.co/s7DgzQrC2b

Hey @TeamYouTube I spend hours editing/blurring/cutting any blood and gore in my video game gameplay to make sure violence is not the focal point of the video, which is all the guidelines say I need to do but still you age restrict/demonetize me. pls help me. What more must I do? pic.twitter.com/WvQKi5fYVA

@TeamYouTube My channel just got demonetize for “reused content” I’m sure all of my video is original, it’s about gaming, reviewing new stuff and many more, I always use my name in every video for proof, I’ve monetized for 2 years in this channel

Please can you help me?

@TeamYouTube
It’s been 4 months my channel is demonetize for “Reuse content”. I was Pertner for years. I make Mod Gameplay and transformative videos and guides that I myself play and record I don’t see how this is “Reused” I also started commentary plz remonetize this is not fair pic.twitter.com/vDsmwUA99k

Meanwhile, according to YouTube channel Nerd City, there’s a video that discusses more about YouTube’s demonetization as well as a public spreadsheet to show words and content that have been allegedly proven that will get your video demonetized. If this spreadsheet is correct, words such as “decade” and “whore” could potentially get your video demonetized. With that being said, tracing back to Goatwhore’s video, since the clip is a decade old and it’s posted by a band that includes the word “whore,” there could be a bit of truth to this document.