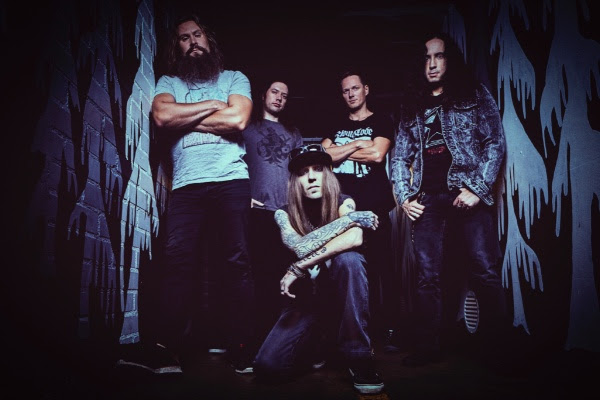 Apparently we didn’t know everything about the 2019 break-up of Finnish metal band Children Of Bodom.  In a new interview with Finnish web publication Helsingin Sanomat, the band’s surviving members detailed what really led to their demise, saying that “the fans have a right to know what happened.”

After drummer Jaska Raatikainen, bassist Henri “Henkka T. Blacksmith” Seppälä and keyboardist Janne Wirman announced in October 2019 that they were leaving the band, frontman Alexi Laiho insinuated to Helsingin Sanomat in November 2019 that the reason was so they could retire and be with family. A few months later, the three indicated that this wasn’t the case, but did not elaborate.

According to the new interview, the real reason for Raatikainen, Seppälä and Wirman’s departures was Laiho’s substance abuse and the fallout from it. Though Laiho had cleaned up his act since his addiction first started interfering with the band’s operations in 2008, by 2016 he began to go into a “tailspin.” He began to complain that his income was declining, even though he was making a decent sum from his songwriting and through the band’s LLC (AA & Sewira Consulting Oy, started in 2003). Laiho threatened to leave the LLC multiple times.

It reached a head in 2019 when the band’s manager brought up Laiho’s substance abuse during a business meeting. The singer refused help, but agreed to see a physician. He was subsequently diagnosed with diabetes and began taking medication for that as well.

That summer, Laiho applied with the Finnish patent office to register the Children Of Bodom name solely under his own name. This infuriated the rest of the band when they found out in August, seeing it as an attempt to hijack the name from the LLC. The LLC sent Laiho a legal notice of Loss of Confidence and a demand that he sign over the application within the week or be fired.

The surviving band members revealed that when the group started touring in October 2019, Laiho “was hitting the bottle like back in 2008.” Said Raatikainen, “I told Alexi that you don’t usually drink starting at breakfast before a gig, and now you don’t even warm up with the guitar before going on stage like you always do.” Laiho apologized after some back and forth, and sobered up for the rest of the tour. “His hands were shaking for two days, but the gigs in Moscow and St Petersburg went pretty well.”

Ultimately, the surviving members ended up buying out Laiho’s stake in the LLC, which, as Wirman put it, “gave the three of us the freedom to continue with the business of the LLC as we best saw fit.” That meant Laiho would continue to retain rights to his songs and receive royalties, but would not be entitled to the band name or merchandising rights.

Children Of Bodom would disband after a successful (sober) run of shows in Finland in December 2019.

Up until his passing, the band retained a good working relationship with Laiho and even included him as a ¼ partner in a number of merch items released in 2020.

The whole ordeal took a toll on the band, as the trio revealed that therapy was needed to deal with it.

Laiho passed away in December 2020 at the age of 41 from “alcohol-induced degeneration of the liver and pancreas connective tissue.” He also had a cocktail of painkillers, opioids and sleep medication in his system.

His sister Anna Laiho, wife Kelli Wright-Laiho and a few close friends had tried to reach out to help Laiho in early 2020, but he wanted to fight his demons on his own. “At heart, he was a warm and caring person, always ready to help others. But he had his demons, and he wanted to fight those alone,” Anna told Helsingin Sanomat. “He wanted to make his own choices. For better or worse.”

In the interview, Raatikainen, Seppälä and Wirman called it an “honor” to have worked with Laiho and that their partnership was more of a “brotherhood than a friendship.”

Prior to his passing, Laiho had formed a new band called Bodom After Midnight (named with permission from his former bandmates). They released their only studio recording, the three-song Paint The Sky With Blood EP, posthumously in April 2021.

Children Of Bodom released their final album, Hexed, in March 2019. The three surviving members are currently working on arranging a photo exhibition of the band at the Espoo Cultural Center in Finland around October 2022 with the help of Laiho’s estate. Said Anna Laiho, “They have the full support of our family…It’s comforting to be able to do something small together in Alexi’s memory.”