In Columbus, OH, the Alrosa Villa nite club is the location where Pantera Guitarist “Dimebag” Darrell Abbott was murdered in cold blood by a fan who seemed to target him. The speculation was that the murderer was upset at the breakup of Pantera and blamed Abbott, who was then playing with his band Damageplan. The murder sent shockwaves through the metal community, which can be felt to this day more than 16 years later.

Alrosa Villa is once again in the news as it has been reported, by the Columbus Dispatch, that the infamous club will soon become affordable housing. The three four-story buildings plan to offer one, two, three, and four-bedroom apartments at affordable prices. In December of 2019, Alrosa Villa was priced to sell at $1,295,000, including the 10,000-square-foot building, two lots totaling 7.2 acres, the liquor license, the bar, and all equipment.

Dec. 8, 2004, was a tragic day for metal fans, and now the club which also hosted the likes of Slipknot, KoRn, Quiet Riot, Foghat, and Buckcherry over its nearly 45-year history will be no more.

This former North Columbus nightclub will be replaced by affordable housing apartments.

Alrosa Villa drew national attention when a Marysville man got on stage in 2004 and shot and killed five people, including #Pantera and #Damageplan guitarist “Dimebag” Darrell Abbott. pic.twitter.com/DRR6WBOjEk 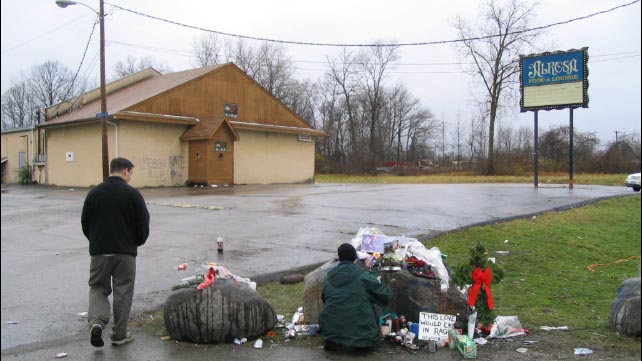