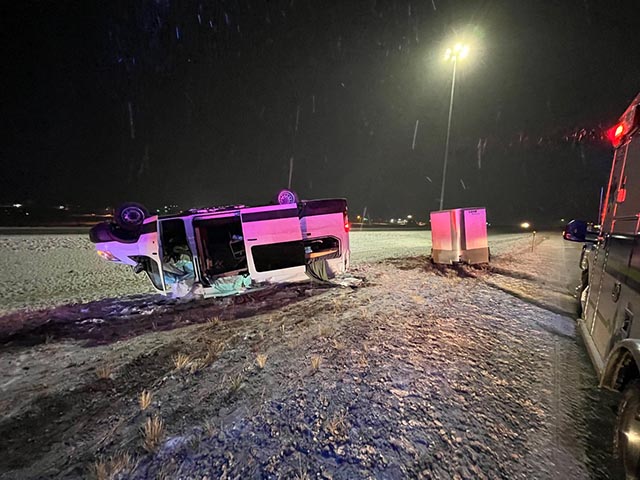 California metalcore band Silent Planet were involved in a van accident in the wee hours of Thursday (11/3) morning.

Heading from Wyoming to Salt Lake City, Utah on their way to their next tour stop, the band’s van hit a patch of ice and rolled over in the snow. All members survived the wreck, though frontman Garrett Russell had to be taken away by ambulance.

Needless to say, the band was not able to make the Salt Lake City stop on their current tour.

Tweeted Russell at the time,

“just got in a van wreck. It rolled. everyone is okay. Bleeding from head not sure how to make it stop. seeing colours. love you. I was laying in my bunk, had just clocked out from a drive. love u all. Be consumed

“should be okay. Everyone seems good

“in the back of an ambulance. everyone else is going to hotel. going to get my head checked out and they said something to seal the wound. will miss the salt lake show tonight, sorry. hoping to make that sac show on  the 5th honestly. i hate missing shows. and i love our family”

Russell has since been treated for a head wound and released from the hospital. Said the singer in an official statement posted to the band’s social media later Thursday, “Everyone in the band is feeling it, but we are extremely fortunate to all be able to walk away from this crash… and not have to bury a friend.”

While the band came out of this ordeal okay, the same couldn’t be said about their van and trailer. Due to the expense of getting a new vehicle, the band has set up a GoFundMe in an attempt to get back on the road. Said the band in their statement,

“Insurance will cover my hospital visit, but it looks like we are out an entire van and trailer. We are hopeful that the majority of our trailer contents are in tact, but no one has been able to open it yet.

“We are thankful to be alive, but also contending with the fact that this is going to put us in a seemingly impossible financial situation. Only a day into tour, we’ve yet to generate any income from this tour, and are still financially in the red from our recent tour in Australia last week. So we’ve decided to swallow our pride and ask for help.

“We’ve made this Gofundme to raise money to get back on tour/stay on tour. For the last decade, we’ve toured the world as a small band with a DIY approach. Our van is more than a vehicle – it’s our home where we sleep in parking lots every night all throughout the continent. We are hoping to generate enough funds to at least rent vehicles to get to the next show and continue to tour for the next month.

“Silent Planet had always aspired to be more than a band, but also a community where people can bring their joys and their struggles to a place where they are seen and supported. And now, I guess we’re asking for your support in a new way. For the first time ever, we are opening a gofundme to try to continue to move forward as a band. With past issues we’ve used merch sales to overcome setbacks, but this is by far our most daunting and immediate challenge yet.”

The band’s GoFundMe has already surpassed its 40,000 goal, amassing more than $50,000 in just over six hours. Those who want to donate can still do so here.

Silent Planet were one date into a November/December North American tour with The Plot In You, Cane Hill and Avoid. The band is also slated to play dates with Currents and August Burns Red in December. They will then head to Europe with Erra in February/March 2023. All tour dates can be found here.

The band released their latest album, ‘Iridescent,’ in November 2021. 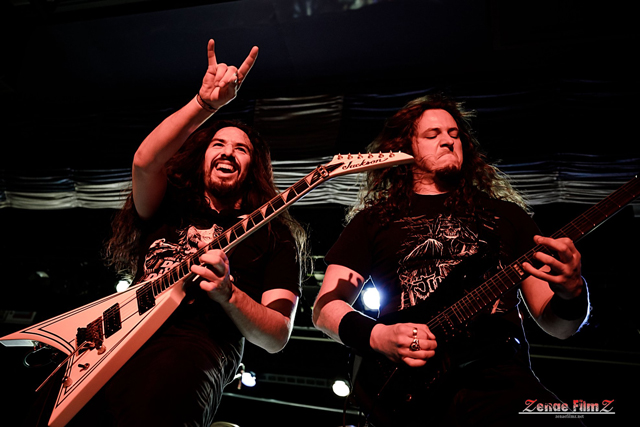