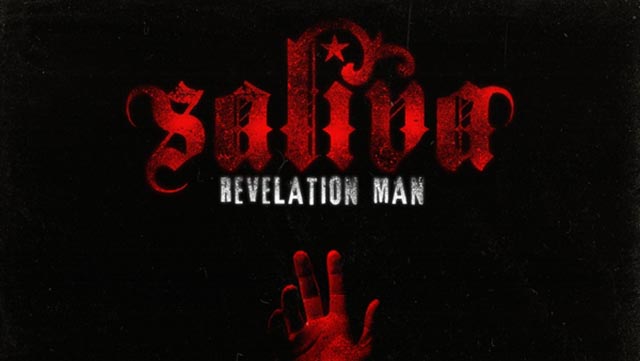 Over ten reunions are among the many promises Blue Ridge Rock Fest has made its fans for the festival’s showing in September. It didn’t take long for fans to find out the first one as Kittie became the first announced band on February 18th. Other reunion announcements have included Union Underground, and God Forbid. One that has stood out from the rest is Saliva. The festival marks the return of original singer Josey Scott as a one-off appearance, while the rest of the band has not stopped touring throughout the years with replacement singer Bobby Amaru. The set will mark Scott’s first time performing with Saliva in eleven years.

Fans immediately flooded the comments section of the festival’s social media pages after its March 18th post. The post read: “It is Happening. For years it has been highly rumored and demanded; now, it finally takes place this September. The voice behind the Grammy-nominated, Multi-Platinum hits of Saliva returns to the Stage for the first time in more than a decade! For over 25 years, Saliva has topped numerous charts with their anthems like “Click Click Boom,” “Always,” “Ladies and Gentlemen,” “Your Disease,” “Superstar,” and “Survival of the Sickest.” From WWE to The Fast Saga, the band has been featured on countless prolific platforms and many of the world’s largest sports leagues.”

Scott shared the announcement himself, confirming the appearance simply by adding “LETS GO!!!!!!,” later doubling down when a fan asked him if it was real. Scott originally left the band back in 2011, citing a desire to try his hand as a Christian solo artist after fifteen years of fronting the group. There had been murmurs of him wanting to return as early as 2019, but this year’s show marks the first time anything concrete has come of them. While it’s currently listed as “One Night Only,” fans will indeed be intrigued to see where Saliva’s story goes from here.

As for Blue Ridge Rock Festival, the lineup continues to shape up more every day with several reunions, a debut, and a farewell showing amongst the remaining names to be announced. The festival recently announced one host as the “Metal Ambassador,” Jose Mangin, making his rounds both on the stages and behind the scenes interviewing acts. With any luck, Saliva fans will learn more about how this appearance came to be and what it will lead to.

A Day To Remember

Theory of a Deadman

We Came As Romans

Story of the Year

Fit For A King

From Ashes To New

The Plot In You

Stray From the Path

Stick To Your Guns

Fit For An Autopsy

Fire From The Gods

Upon A Burning Body