Philip H. Anselmo & The Illegals were forced to postpone their North American spring tour with Housecore labelmates King Parrot until late summer. Anselmo made the decision based on his need for more time to recover from his recent back surgery.

“I’ve decided to delay the Philip H. Anselmo & The Illegals / King Parrot tour until August-September. As many of you know, I had a second back surgery in late January. I’m having an incredible recovery, but just want to be one-thousand percent when I get to jam the new Illegals with all my brothers and sisters. My apologies for jumping the gun extend to the fans, my fellow Illegals, King Parrot, our crews, and all mechanical parties involved, but we will all see it’s the right decision soon. See you cats and chicks in the fall! Much love, as always.”

While we wait for the updated tour date announcement, now is a good time to order their latest effort Choosing Mental Illness as a Virtue, if you haven’t yet. 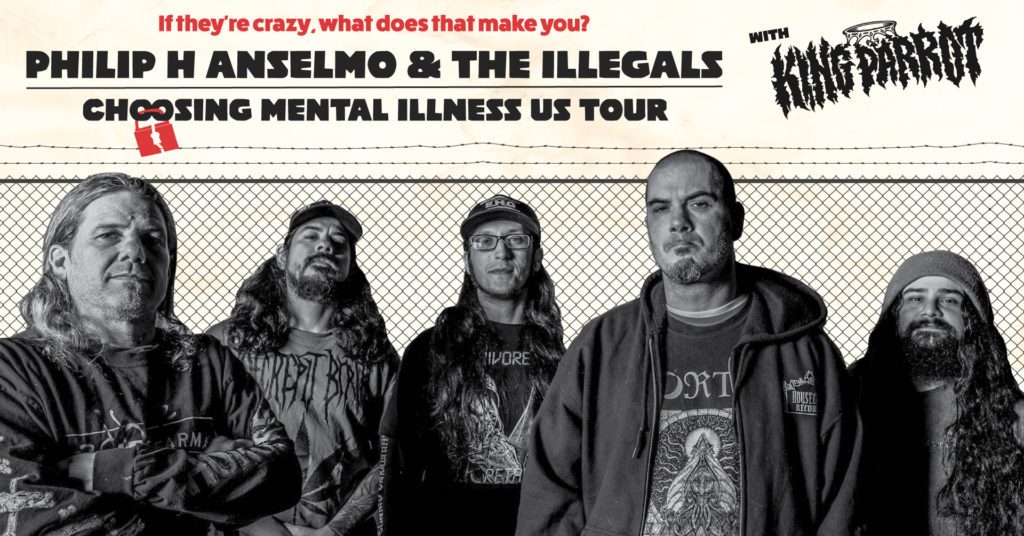