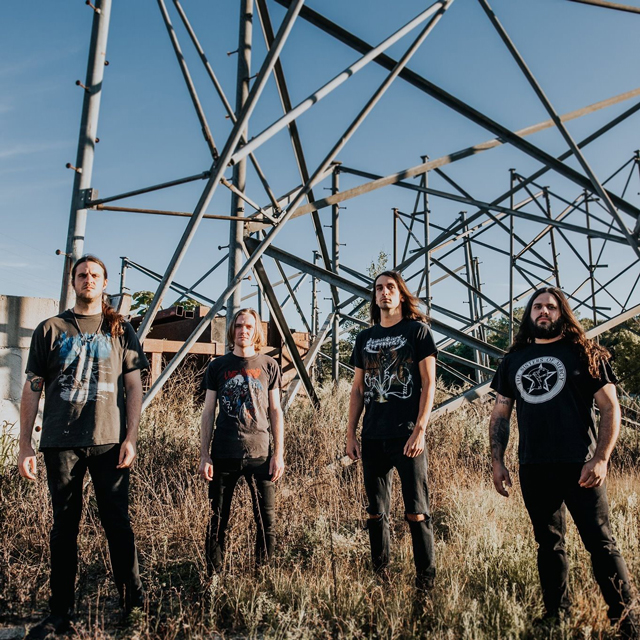 On Saturday (20th), a woman identified as Riley went to Twitter to discuss an alleged incident that happened between her and Homewrecker frontman Matt Barnum.

so i’m posting this sincerely hoping that anyone else who has been groomed, targeted, and affected by this individual’s predatory behavior in any way will feel comfortable coming forward to me and knowing they have an entire community supporting them

matt barnum from @Homewrecker_OH solicited nudes from me when i was 16 and he was 24~ in exchange for a bottle of whiskey even though he is “straightedge” and then manipulated me for several years which is nothing compared to what he did to other girls in our local scene.

i know for a FACT that he did worse things to YOUNGER girls than me in our community at the time. after several years i called him out for it but there is a serious pattern there and we have all been silent for far to long

i never wanted to be the first person to come forward about this but i literally cannot stand by anymore and sit with what happened without addressing it. sorry to my friends who may be affected by this but you know who he is and denied it.

please if you need someone to talk to i am here for you. there is also an instagram account (not run by me) dedicated to sharing stories of what matt has done https://t.co/x1xyjmpzWJ

matt targeted me and any other young and impressionable girl who came to shows and used his position as a founder of the ashtabula DIY scene and a member of Homewrecker as a way to manipulate us. People quit his band because of who he is and i expect them to speak up about this.

obviously it’s like 4am but this is normal hours for me. what happened to me is nothing compared to some of the other shit he’s done but even my story should be enough to show you who he is.

from a friend on insta, pretty weird how matt barnum would act like being straight edge made him a better person than everyone else and then do shit like this pic.twitter.com/cRGixVQHOS

Following the series of Tweets, Riley added her story on a new Instagram account, survivingmattbarnum, as other women came forward with disturbing allegations against Barnum.

The band were immediately dropped from their label, Good Fight Music as the label issued the following statement:

“It has come to our attention that multiple women have accused Matt Barnum of Homewrecker of sexual misconduct while underage over the last number of years.

Good Fight Music is no longer associated with Homewrecker effective immediately. We will never tolerate, condone, or stay silent about sexual aggression on our roster, especially towards minors. BELIEVE WOMEN.“

Homewrecker have officially kicked Barnum out of the band and issued the following statement:

Over the past 24 hours I’ve been spending my time reaching out to women who have been sharing their stories, and that is my first priority. This has given me the opportunity to listen, learn, and engage in one on one conversations. This is about women being heard, and to me I did not fully understand the true gravity of what was going on. I am sick! Matt Barnum’s behavior over time has been carefully crafted in order to conceal his true intentions, while deceiving his closest friends.

I empathize with all those who have been extremely brave to share their stories, as well as the ones who have yet to. My heart pours out for you. I am listening, I am here, and this is very terrible—beyond comprehension. I feel like someone I have known for 10+ years has been a lie, and now I’m getting a full picture at the type of man he is, it’s terrifying.

I’m fucking pissed off, because when I started this band with Ryan Spoz 12 years ago, it was a passion, a love for creating music with your best friends. Writing songs about personal problems provided me an outlet to express myself, only to be driven into the ground by Barnum’s egotistical lying using the band for the sole purpose of manipulating and taking advantage of young women.

I’m ashamed to be proud of being in this band. I’m ashamed in myself for not digging and prying deeper to fully know what the hell is really happening.

I’ve struggled with confrontation for a long time, so challenging him in the past on what goes against my moral beliefs, only to be manipulated to make me feel crazy at times, even guilty is just truly crushing. He’s a fucking con, and I’m angry!

Our relationship was hollow, and far from genuine. The last four years I had to slowly step back from this band, and start to grow up and take control of my life. He never has once taken accountability in anything, you pour your heart out to him, and he turns it around on you. I’m truly sick seeing all of this, and what I’ve learned from reaching out is it’s all true. I hear you all!

There’s a Barnum everywhere especially in the music scene. It needs to end, now! All need to be held accountable.

The respect I have for this platform to show the truth is huge, and sadly it is just unfolding. I don’t want this to end, so please if anybody wants to talk about this—I am here for you. Know you’re not alone.

I want to make it clear without question, Matt Barnum is no longer a part of Homewrecker. I along with the rest of my bandmates vehemently oppose his actions and do not condone this despicable behavior.

Code Orange had a long history with Barnum as he helped the band with merch, was part of the road crew, and more. ThePRP reports, Guitarist Reba Meyers issued the following statement via social media:

“We’ve become aware that a crewmember of ours, Matt, was acting with horrible disrespect and misogyny towards women for many years. I am so disappointed and so saddened by it I can’t by any means even begin to express that in words. I don’t have words, just this painful feeling. I am so sorry to the women affected by this. It really hurts me how society allows this dynamic to happen time and time again. The standard is so low and I’ve seen and known that for a long time. And it’s only become even easier with social media to act without thought or regard to how your words will affect others. All I can do now is send whatever strength I have to you all affected and hope you are able to get through. I will continue to attempt to be a symbol towards our strength as best as I can, and learn how to better deal with this. I will work to be as aware as possible of the women around me and their pain and try to pay as close attention to you all and support you as best I can from the perspective I have.This type of behavior has always baffled me and disgusted me. To the women hurt by his actions, or actions in this vein by anyone towards you or your friends, I hope you are somehow able to work through this struggle and find meaningful balanced relationships in spite of it. You truly deserve that. I’m sure you’re hurting much worse than I and my band and myself send you all the love we have. Our next ‘you and you alone’ episode proceeds will be donated to the RAINN charity”

“Completely support every word of this. Disgusting and despicable. Thank you Reba for leading us. Next you and you alone proceeds going to RAINN”

completely support every word of this.
disgusting and despicable
thank you Reba for leading us.
next you and you alone proceeds going to RAINN pic.twitter.com/CLDeqb9TuO