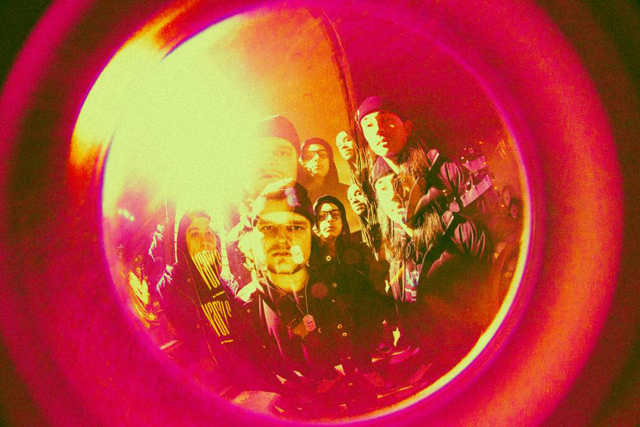 Lambgoat and ThePRP reports, four members of the Australian metalcore band Dealer have quit due to allegations against vocalist Aidan Holmes (Aiden Ellaz). Back in 2018, Holmes at the time was in the band Alpha Wolf and was accused of sexual misconduct. The group parted ways with him while he denied the accusations against him. By early 2019, Holmes formed Dealer.

The four members who quit the band issued the following statement:

“We have decided to no longer be a part of or associated with Dealer effective immediately. At an appropriate time, more information will come.”

“I will not stay silent.

I’ve been lied to, manipulated and hurt, like so many others have too. I’m in contact with the victim and im gonna make sure justice happens.

Im ashamed that i wrote the ep that gave him this platform. im ashamed i contributed to the second ep and made it a reality too

I’ve always been told what to do, and went to do it, and how to do it. I was never given the credit i was due. Some parts of the second ep are still me. Hell, even the title is mine. Even after i left, he still had a hand on me. Threats about not following thru with the contract and receiving law sues if i didn’t write for them in secret.

I apologize for defending this man.

i cannot name him but you know who he is.

everyone else in the band, past or present are good people. they tried their best to protect me.

thank you for the chance to live out my dream.

To their label: I see you trying to start this project up again. You do not have permission to use my music.

I’m not scared of you anymore.

i don’t really exist in this genre anymore, but if i could ask you all a favor of making sure that you do not let this project or any iterations of it rise up from its grave again.

apologies if i am unable to name names right now. this is a legal issue.

i should have recognized a snake when i saw one.

my statement. thank you for reading. sorry if i posted it a few times i wanted to make sure it was right

“Hi all, David here, I was a founding member of Dealer.

I’ve been waiting a year to say my peace with this shit. I will write up something properly later, but I just wanted to reply in support of my former band mate, and friend, Josh Ang.

Josh was verbally and emotionally abused daily, by a certain member. I will leave you all to take a guess to who that is.

Josh said initially he “left” the band, but Josh was abused to the point that he had no choice. He had to leave for his mental health. I was dealing with the situation between Josh and this member, trying to keep Josh in something that was his and that he built.

After a week of constant phone calls between *member* and Josh, it was very clear that Josh had suffered at the hands of *member* verbal and mental abuse, and that *member* had lied several times about things that Josh said. *member* had painted Josh in a terrible light, defaming him among his band mates, and making him look terrible.

*member* had effectively turned the band against Josh, and so Josh was forced out of something that was more his than it was *member*’s.

After this, I was targeted. Again, I will explain everything in detail at a later time, but I copped verbal abuse, threats of violence, and was taken advantage of. This was by someone who I considered a younger brother, who I had helped through a lot of issues, and known for several years.

It was clear by the time everything was said and done, when the veil was lifted, I saw this person for what they really are – an extreme narcissist, mental and physical abuser.

Long story short, I was removed from the band in a similar fashion – *member* had painted a picture of me to my band mates that was not true, told lies about me, and forced me out of something that I had helped create.

After this, I spent 9 months trying to get money back from the band, that I felt I was owed, as I had invested money in the band and had been removed against my will. I openly spoke to people who were close to me about the shit that *member* had put myself and Josh through. I also started to discuss things with old friends of *member*, and formed a more informed opinion of *member*, and realised just how fucked this person is.

A month or so after, another member approached me, on behalf of the band, and threatened to take legal action against me for defamation against *member*. I want to just state clearly here as I stated to them, everything that I have said is backed up by evidence.

I don’t think the person who approached me is a bad dude, in fact I know he was told complete lies by *member* which helped form a bad opinion about me, but it’s important to note this as the threat of legal action against me was on the table, hence why I have never said anything publicly. The threat would have also come from *member*’s family member, who has threatened *member*’s alleged victims with defamation beforehand.

It’s kind of ironic that it’s a year ago to the day, when I announced I am no longer a part of the band. Now, there is one member in the band.

I was someone who shamefully supported *member* previously. They had me wrapped around their finger, manipulated, and I realise now our entire “friendship” was built on lies, and their warped version of reality.

I am sorry I didn’t say anything earlier, but I was in a position where I thought “who’s gonna even believe me? It’s me vs 2 labels, the rest of the band, and whoever else.”, that, plus the threat of legal action, I was silenced.

It takes time, but justice will be done eventually, and it will be 100% deserved. This is only the start.

Should have fucking buried you.”