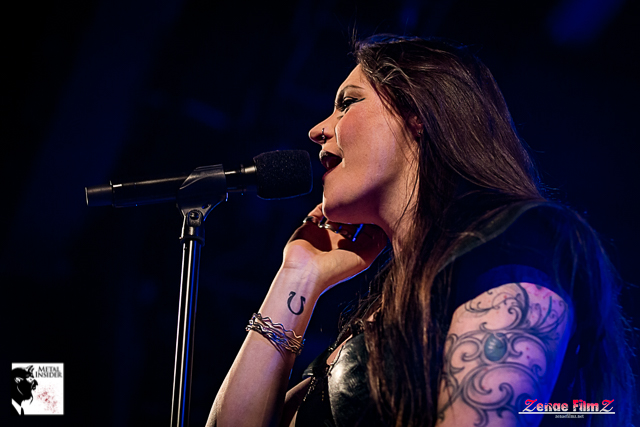 Nightwish Floor Jansen has unveiled the cover artwork of her new solo single, “Fire.” Scroll below the words to see. The track will be available on March 25.

“It’s a pop song, so it’s not metal, it’s not rock, but it’s definitely me. I guess it’s more of a mash-up actually, though it’s not so extreme as in genres, like all of a sudden it becomes… Here’s a metal song and here’s a rock song and this is more poppy… I mean, pop music — the word of it — popular music, and it kind of describes a lot, and within that it falls. I can only say that it’s not metal and it’s not rock, but it will have its influences and it will have a part of the sound. It can’t even be so that the first song is how everything else will sound like because, yeah, if you know Nightwish and also for us, it’s always so hard to pick just one song that’s gonna be like the kick-off of an album but it can never really represent everything. And I guess it’s the same for this first song that comes on the 25th of March.”

Jansen performed live with Nightwish for the first time on October 1, 2012 at Showbox Sodo in Seattle, Washington following the abrupt departure of the band’s lead singer of five years, Anette Olzon. Jansen officially joined the band in 2013 and made her recording debut with them on 2015’s Endless Forms Most Beautiful album.