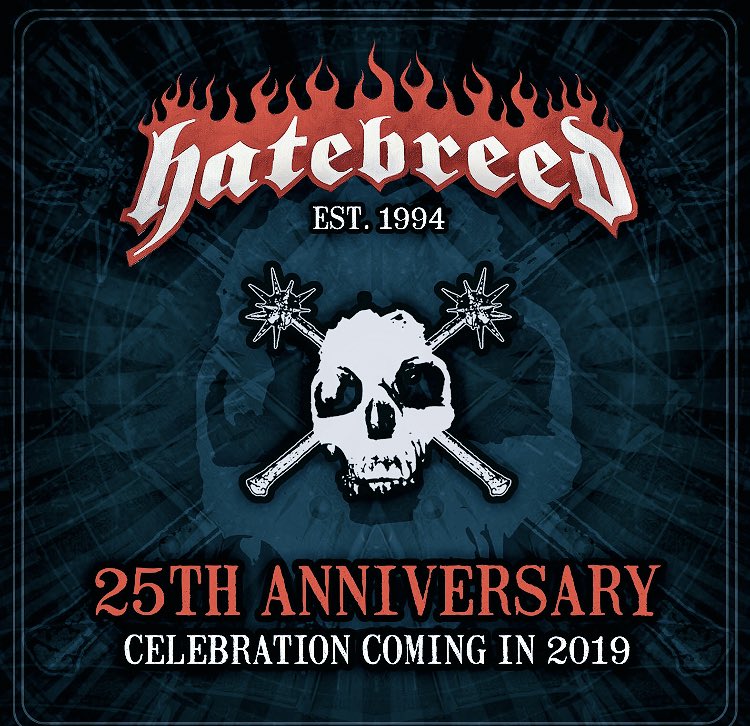 2019 will mark twenty five years of Hatebreed. The hardcore/metal outfit formed back in 1994 and it’s hard to believe next year it will be time to celebrate the group’s quarter of a century milestone. It looks like the band are planning a tour to commemorate their anniversary as they asked their fans via Twitter, the following:

Where should we play?! 🤘🏻🤘🏻 pic.twitter.com/GhTC7anJyP