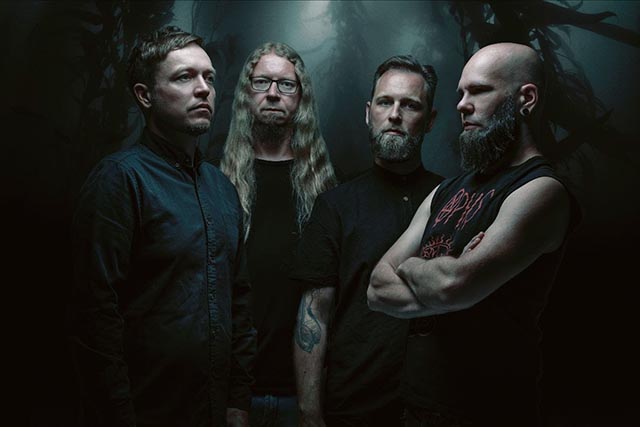 Doom metal outfit Ahab’s new album, The Coral Tombs, arrived this past Friday (13th) via Napalm Records. A video for their latest single, “Mobilis in mobili” was made available to celebrate the release.

“”Mobilis in mobili” is quite a cavernous journey. Musically, it feels like a tune that goes back to the very first AHAB song ‘The Stream’ from 2004, at times, and even further to the early 90s when Death Metal exploded. You will know what I mean when you hear that particular riff in the mid section. ‘Mobilis in mobili’ deservedly ended up in our live set, as it’s a pleasure to play it on stage. The video for the third single taken from our new album, The Coral Tombs, was actually recorded during our first live gig on a ship: the MS Stubnitz in Hamburg, Germany.”