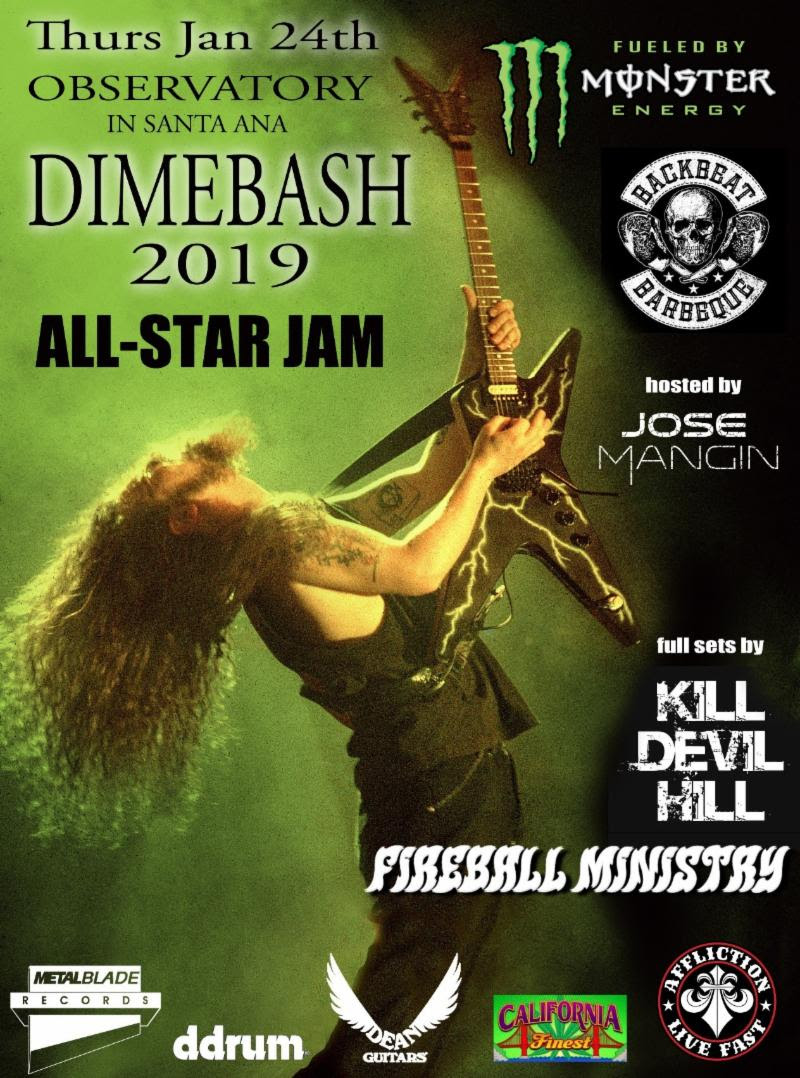 The line-up for Dimebash 2019’s massive all-star jam has been announced, and from the looks of it, this is going to be one for the books.

As previously announced, the event will be hosted by SiriusXM’s Jose Mangin and open with performances from Kill Devil Hill and Fireball Ministry. The night will also include raffles, one of which will see a lucky attendee win a seat at the exclusive artists after party where they will get to sample Grohl’s BackBeat BBQ and enjoy an acoustic performance from Kyng.

“Crazy thing about this event is, you never think the last one can be topped. But when this much creativity comes together in one room, dude, watch it go! It will light you up! The vibe is always so incredible. It’s like that vibe you get on Christmas Day, before you unwrap your presents, and the excitement of not knowing what you’re going to get. But I guarantee, it’s not those shitty socks you get from your grandma every year. You’re gonna dig it and leave with a smile! That’s the magic ‘something Dime’ can create.”

“Dimebag” Darrell Abbott passed away in 2004 from a fatal gunshot wound he sustained while playing a show with his band Damageplan. He was 38.

Dimebash 2019 is set to take place on January 24 at the Observatory in Santa Ana, CA. Tickets are on sale now. Proceeds from the show will go to MusicCares and Guitars for Vets.