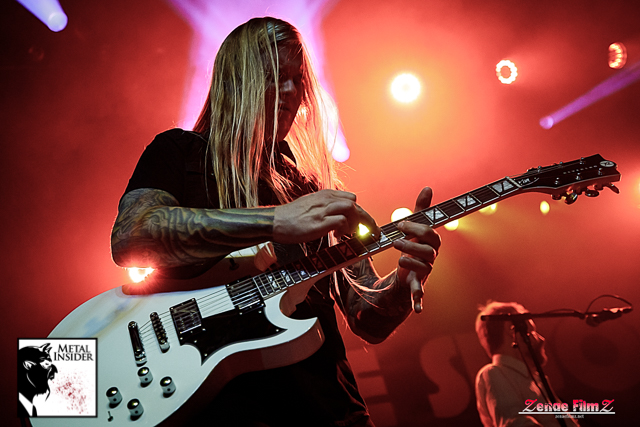 Last month, we were bummed when the Sword announced they were going on a hiatus. We saw the Texas doom metallers perform in New York City’s Irving Plaza this past summer as guitarist Kyle Shutt and bassist/synthesizers Bryan Richie told us their latest effort High Country was their favorite Sword album. Unfortunately, their fans have disagreed as many have requested the band to sound more like 2006’s Age of Winters to 2010’s Warp Riders. Since the group announced their hiatus, Shutt has decided to create a solo album as he has launched a Kickstarter campaign.

The Austin Chronicle recently spoke to Shutt on the band’s hiatus and his solo project as the guitarist revealed the band didn’t have as many fans attending their shows, which resulted in the group’s decision to take a break.

“Personally, I’m really bummed about it. I’ve been in the band since I was 20 and I’m 35 now. It’s not the end … I don’t think. I hate to get into it, because it wasn’t 100 percent my choice, but it did seem like the best option if we were able to continue at some point in the future.

It’s no secret that the vocal minority on Facebook says, “I just want the first three albums!” For us, it’s just like, “Y’all, if you expect the same thing over and over again, we are not your band! I don’t know if you’ve been listening the last 15 fuckin’ years!”

We started the Sword because there was no band like that. Then all these Johnny-come-lately motherfuckers started doing half-assed versions of what we were doing 12 years ago and it became so watered down that we wanted to grow out of that and push the genre into different directions. Especially with High Country, I wanted to do a dance-pop song and I wanted to do some really mellow shit.

On that last tour, we were better than we’d ever been, but there were half as many people at the clubs. Most bands would kill to play to 200 people, but when you used to play to 500, it creates a weird energy.

With that and the music industry being even further down shit creek than when we started, it was the perfect storm for us to be like, “Fuck this shit, let’s just put it away for a while and come back to it when people wake the fuck up.”

On why he created a crowdfunding campaign for his solo project:

“ I don’t know if everybody realizes that people who play music for a living are fucking broke. So I don’t have the money to pay for studio time and for records to get pressed. It’s a good way for fans to support artists.”

Shutt has raised over $17,000 of his $30,000 goal on his Kickstarter campaign. There are nine days left to go, you can help back his project by donating as low as $5 at this location. 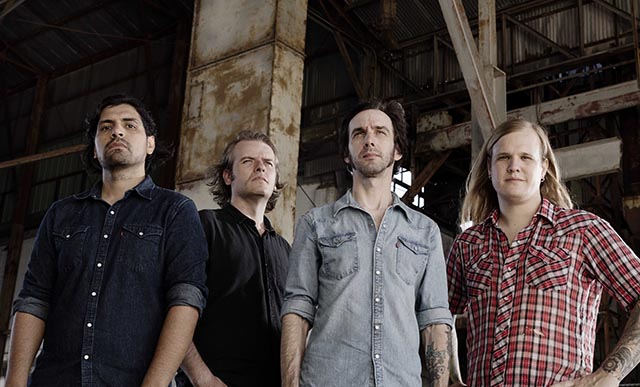