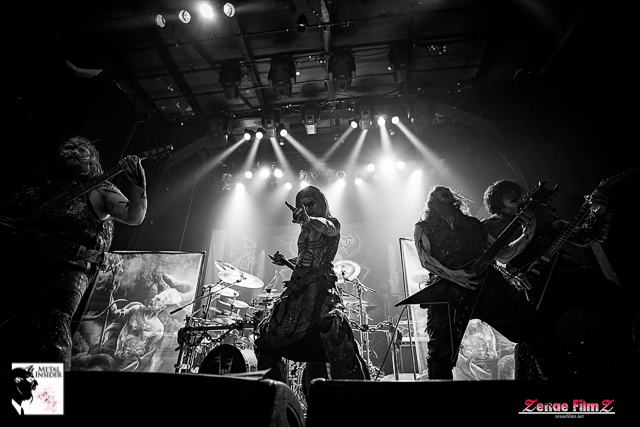 We are still puzzled and amazed on how the Threatin story escalated to the New York Times. One would think a story like this would come from a Netflix original series (perhaps it still could?) but instead, the tale about a “band” booking a European tour to perform to a crowd of no one, actually happened. As we pointed out yesterday (15th), while click farms exist, there is an unfortunate chance we could see more bands make similar attempts. Or worse. However, this story had several bizarre twists and turns as the true identity of Jered Threatin turned out to be Jered Eames, the brother of Scott Eames (Thy Antichrist/Nevalra).

MetalSucks got a hold of Scott as he mentioned he hasn’t spoken to his brother since he moved to LA back in 2012. In fact, he had no clue what his brother was up to until he saw Jered make headlines.

“I’m a pretty level-headed guy, but I’m into the dark stuff and very extreme evil and things like that. That is exactly who he was, too. Bands like Behemoth excited us together. Years ago, he would laugh at what he’s put out now. I don’t even understand the music that he’s tried — it’s not the guy I know. To me, it seems like he’s reaching with an act of desperation of ‘I’m going to L.A. to make it.’”

“I just sat there for a minute shaking my head because I read the headline obviously, it had his picture. I just shook my head and was like, ‘Man, I don’t even know if I want to read any more of it.’ So of course I read it anyway, and I was like, ‘I’m doing my best to legitimately build a career and he’s completely fabricated one.’

Later Scott addressed the obvious on how Jered’s ego took over:

“As soon as we started to get somewhere his ego inflated enough to where he kind of expected to be treated like something special, even at family events and dumb places like that. It’s part of a public persona. You show up to a gig, you’ve got to put on a little bit of a show for the fans. You have to play that part. I don’t think that part stopped when he walked off the stage once we started to get noticed.”

We were known as a brother band. He had a problem with sharing the glory, I guess, is the best way of putting it. I was completely cool with being the brother band and taking a portion of the credit. He seemed like he couldn’t stand the fact that anyone else had gotten any attention – me or the drummer.”

Apparently, the entire Saetith project got to Jered’s head as Scott expressed:

“We had released the second album for Saetith and when it came back, he had taken credit for some of the stuff he hadn’t done, just like online it says that he was the sole recording member of Saetith. He tracked bass and some of the keyboards, but the rest of it – the guitars and all the vocals — was me and of course the drums were the drummer. So he kind of twisted it a little bit where it looked like he had recorded all the instruments.”

Scott also told MetalSucks that he knew his brother would eventually make the entire Threatin story a major hoax. He also explained how there’s no history with mental illness or criminal activity in his family as Jered solely wanted to be a famous rockstar. Whether this somehow helped Scott’s career instead of Jered’s, Scott has a lot to look forward to in 2019 as you can read the rest of the story at MetalSucks.