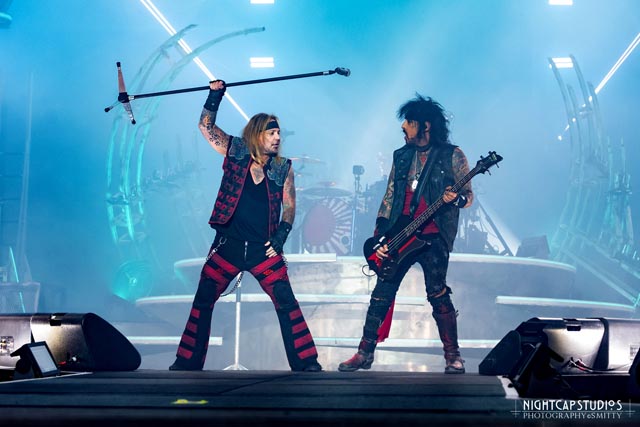 A terrifying incident occurred at Motley Crue’s Indianapolis show Tuesday night (August 16) when a fan fell from the upper level of Lucas Oil Stadium.  Video posted by TMZ shows people gathered around a man who had fallen from the upper level seats onto a lower-level landing as the band played “Looks That Kill,” about 45 minutes into their set. According to the Indianapolis Police Department, the man was still “awake and breathing” when they stepped in and tended to his injuries. He was taken out of the stadium on a gurney.

Eye-witnesses reported seeing a man surrounded by a pool of blood after falling 40 feet onto the landing. “We seen a figure, at first we didn’t think it was a person, we thought it, you know, they had been tossing volleyballs and different stuff around the crowd,” witness Steven Neeley told local news outlet 13News. “But when you heard the thud twice, then we knew it was a person. You could hear the audible gasps over the music playing.” Another witness, Krista Neeley, told the station, “Everyone was just kind of standing around looking, trying to figure out what to do, who to talk to, who to get to come over to the landing and check the person out. We didn’t know if they were breathing or not breathing or what was going on.”

A third witness told local news outlet Fox 59 that the injured fan fell on her boyfriend, who was standing on the landing where the incident occurred, “I got him back in our aisle, and that is when I saw the man who was on the ground next to where my [boyfriend] was standing.” The witness said the man was unconscious and that blood started pooling out from under him immediately, possibly from hitting his head on a plastic railing.

Another witness, Shawn Graves, told Fox 59 that he had been watching the man stumble around the upper level all night. He related that he saw him go up a couple of steps, stumble and jump.

Police told Fox 59 that the man was taken to a local hospital and, though banged up, is likely to survive the incident. It was confirmed that the man had been extremely intoxicated when he fell.

The band has not yet commented on the incident.

Motley Crue is currently co-headlining a stadium tour with Def Leppard with support from Poison and Joan Jett and the Blackhearts. Upcoming dates and tickets can still be found on the band’s website. 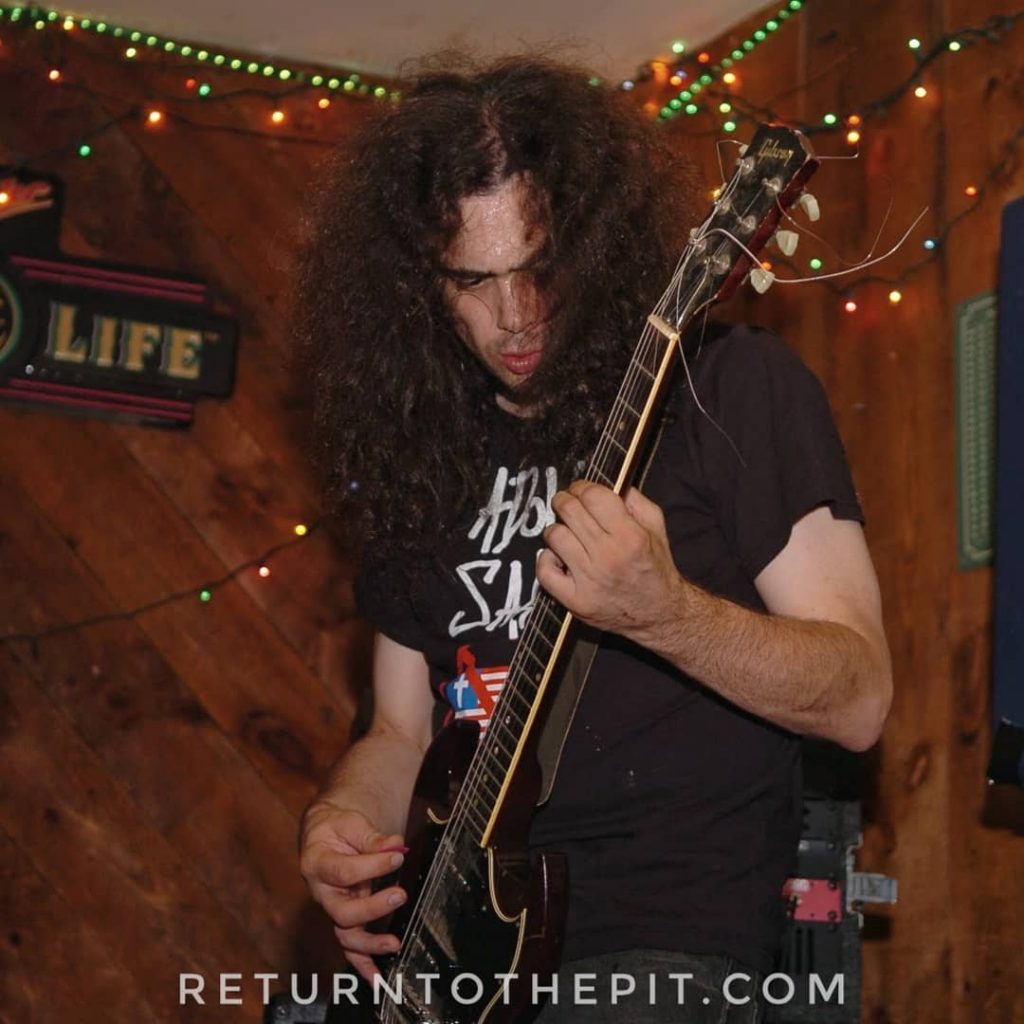