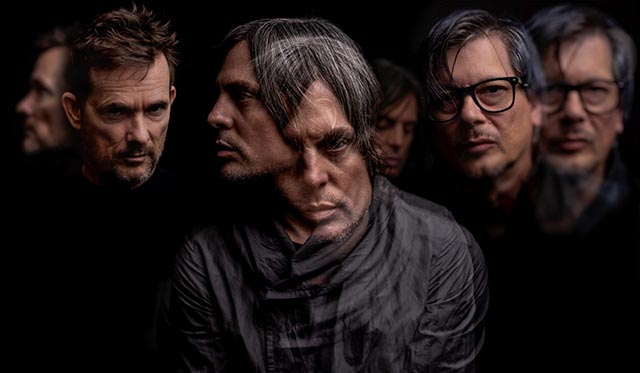 Another band has added themselves to the growing list of artists leaving Spotify. On Tuesday (1st), space rockers Failure announced they will be pulling their music from the streaming platform over paltry pay and Covid-19 vaccine misinformation.

“Failure have wrestled with the question of Spotify and whether to have our newest music, which we control, on the platform,” wrote the band in a statement, maintaining that the service’s poor royalties per play had always given them pause, but their Covid misinformation policy was the last straw.

“Until now, our ambivalence about Spotify has been based on their draconian royalty calculation which essentially gives artists a microscopic fraction of the money being generated by their music on the platform.

We’ve all seen the stories of just how little Spotify pays artists whose product powers their entire business model. It’s been a scam for artists since the beginning, following in the tradition of the major label model which preceded it.

But artists who want to have their music heard by the most ears possible have had an tough decision to make. Do we give our music to a company that devalues our product to the point where royalty checks from Spotify have become the butt of humorous memes, or do we withhold our music from the platform and supposedly miss out on an “entire generation of music listeners?”

That is exactly where Failure have been since 2015 when we released our first album since reuniting. Acquiescing to the desire for more ear holes. But now, with Spotify’s recent policy shift that allows COVID vaccine misinformation to thrive on their platform, Failure have decided that enough is enough.

Beyond the moral issues raised by Spotify’s COVID decision, the issue of vaccine misinformation and how it directly affects the current situation in the live music space is simply untenable. Right now, Failure have a 31-date US tour booked for June. The last tour we had booked in 2019 was canceled because of COVID, which was a massive financial blow to the band.

The vast majority of venues on our upcoming tour are requiring proof of vaccination or a negative test to see our show. We simply cannot square Spotify’s insistence on spreading misinformation about something that directly endangers our band’s supply chain, namely, human beings in a room with big speakers. There are multiple layers, and reasons for our decision, but looking at the capitalistic, free market angle, this band, like any other small business, is cutting ties with a partner that continues to cut into our bottom line. On that level, this problem is really that simple.”

The amount Spotify pays artists for their music has been of concern since the platform’s rise. Currently, an artist makes approximately $.0004 for one stream of a song, one of the lowest pay out’s by any of the streaming services.

Spotify has been in the news lately due to its lack of a clear policy on Covid-19 vaccine misinformation. On January 22, Neil Young asked the company to either take his music off their service or stop working with Joe Rogan, whose podcast often spreads misinformation about the Covid-19 vaccine. Spotify took down his extensive catalog, essentially siding with Rogan and his exclusive $100 million deal. Joni Mitchell, Nils Lofgren, Graham Nash and India Arie followed suit.

Not everyone was so quick to condemn Spotify for taking down Young’s music. Disturbed frontman David Draiman commended the company for standing behind Rogan, saying that he may not agree with what the podcaster is saying but has the freedom to say it.

Rogan has since made a video post on his Instagram saying he will try to do better balancing opinions on his show.

Spotify Chief Executive Daniel Ek commented about their content policy on Sunday, saying that “It’s become clear to me that we have an obligation to do more to provide balance and access to widely-accepted information from the medical and scientific communities guiding us through this unprecedented time,” but also that “It is important to me that we don’t take on the position of being a content censor while also making sure that there are rules in place and consequences for those who violate them.”

Failure end their statement with alternatives for fans to enjoy their music and a call to action of other artists to follow:

“Of course, no system or business is perfect, but we have alternatives to Spotify that allow the band to be compensated in a more sustainable way, and without the need to associate ourselves with dangerous lies about public health policy.

If you want to buy lossless digital versions of our entire catalogue, we encourage you to purchase our music on Bandcamp: failureband.bandcamp.com

If you want to stream our music, we continue to offer our music through Apple and other streaming services.

We encourage other artists who want to be paid better for their music, and who don’t want to be in business with a company who is comfortable jeopardizing the industry to which they owe their entire business model, to join us.”

Failure released their latest album, ‘Wild Type Droid,’ in December 2021. The band will be heading out on a US tour this summer starting June 2 in San Diego, CA.